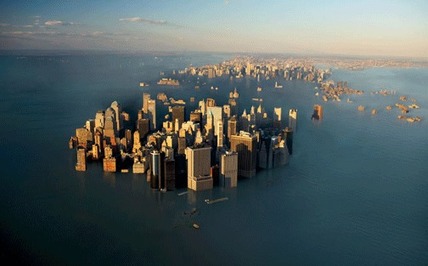 “We definitely think that staying below 2 degrees is still very possible,” Christiana Figueres, executive secretary of the U.N. Framework Convention on Climate Change, told reporters as the report was released. “Getting down to the range of 1.5 should not be taken off the table either.”

“Jumeau of the Seychelles pointed out that a 1.5°C goal would be achievable, and that adopting and meeting it would benefit rich coastal nations as well as those whose existences may be threatened by rising seas.

GR:  Anyone who has studied the projections will agree. As pointed out in an earlier post, we have just three years of business as usual before global temperature is guaranteed to rise 2 degrees above normal.  Based on that article’s analysis, we have to stop making children, buildings, roads, and cars today if we are to stay under 1.5 degrees.