GR.–Lip service indeed.  It’s easy to accuse others of “lip service” now that he’s leaving office.  Obama’s administration supported fossil fuels with permits and subsidies, didn’t say no to the tar-sands pipeline until oil prices fell, and urged fracking, through his Secretary of State, Hillary Clinton.  Notice that he doesn’t mention that the biggest oil companies also funded and continue to fund groups questioning climate change.  Such a disappointment. 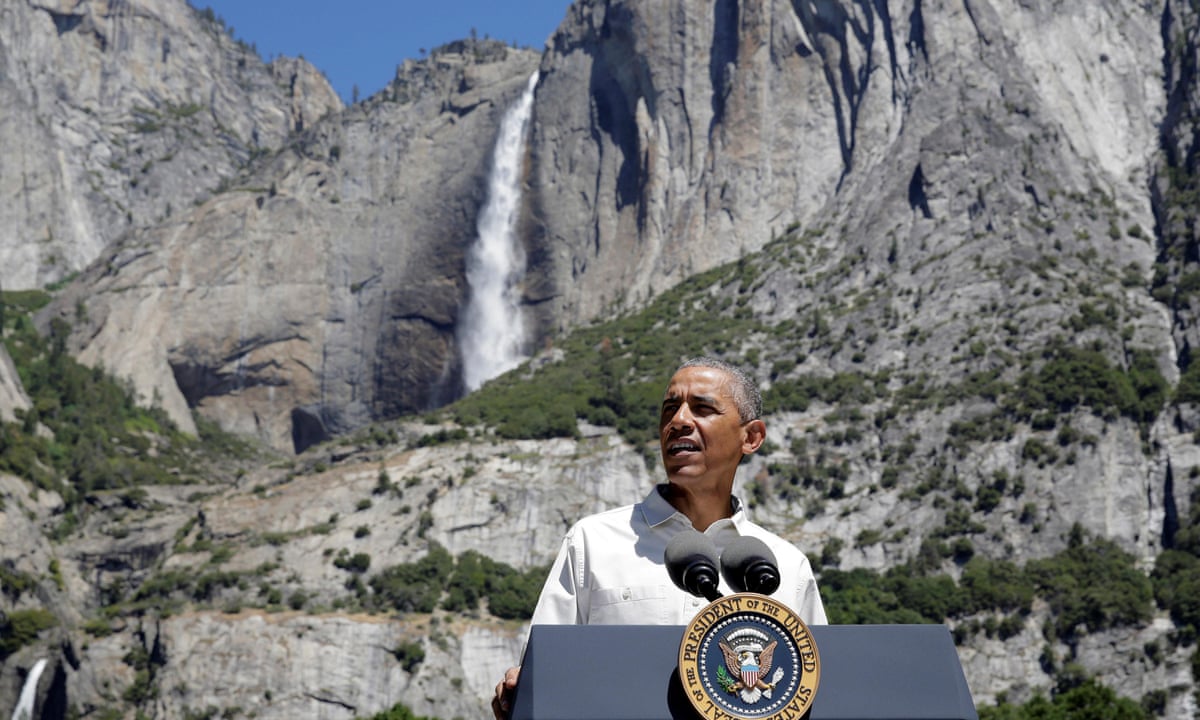 “During a visit to Yosemite national park, Obama said climate change was “no longer a threat, it’s a reality”. The first sitting president to visit Yosemite since John F Kennedy in 1962 said the famed glacial valley was already experiencing changes due to rising temperatures.

“Rising temperatures could mean no more glaciers in Glacier national park, no more Joshua trees in Joshua Tree national park. Rising seas can destroy vital ecosystems in the Everglades and at some point could even threaten icons like the Statue of Liberty and Ellis Island. That’s not the America I want to pass on to the next generation.”  Continue reading:  Obama at Yosemite attacks ‘lip service’ to natural beauty amid climate inaction | US news | The Guardian