New dietary guidelines could reduce greenhouse gas emissions by 1bn tonnes by 2030, and could lessen country’s problems with obesity and diabetes 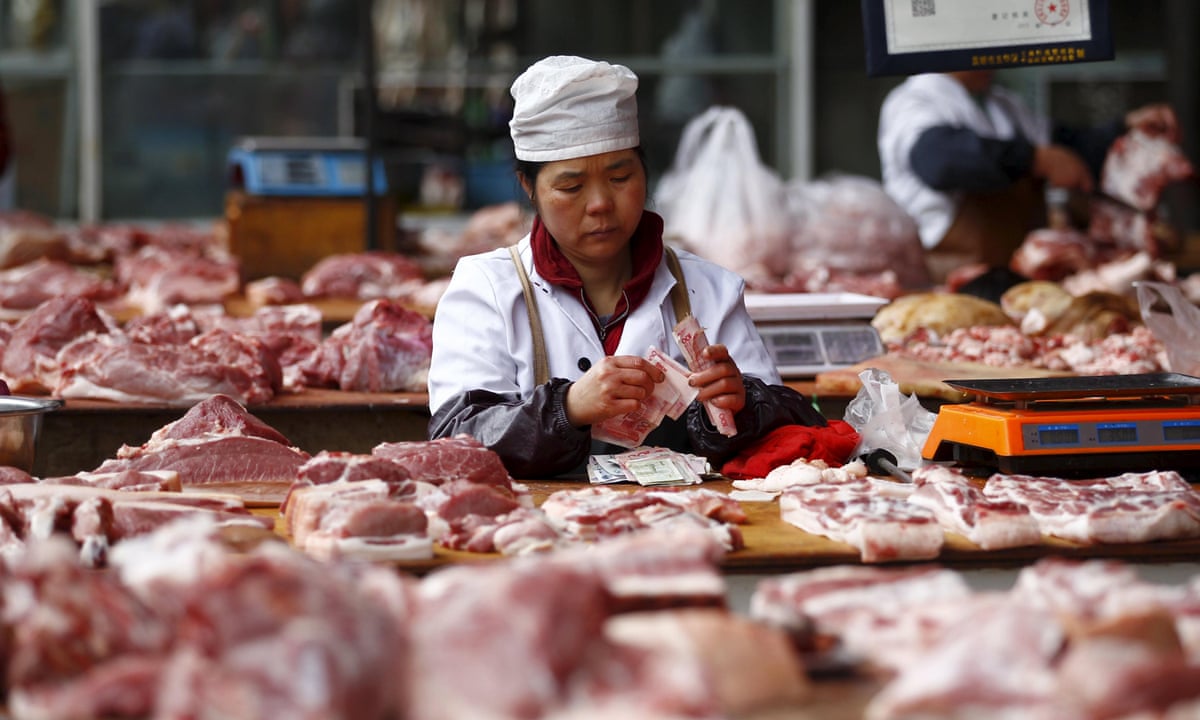 China now consumes 28% of the world’s meat, including half of its pork. Photograph: Wong Campion/Reuters

Oliver Milman.–“The Chinese government has outlined a plan to reduce its citizens’ meat consumption by 50%, in a move that climate campaigners hope will provide major heft in the effort to avoid runaway global warming.

“New dietary guidelines drawn up by China’s health ministry recommend that the nation’s 1.3 billion population should consume between 40g to 75g of meat per person each day. The measures, released once every 10 years, are designed to improve public health but could also provide a significant cut to greenhouse gas emissions.

“Should the new guidelines be followed, carbon dioxide equivalent emissions from China’s livestock industry would be reduced by 1bn tonnes by 2030, from a projected 1.8bn tonnes in that year [emphasis by GR].”  Continue reading:  China’s plan to cut meat consumption by 50% cheered by climate campaigners | World news | The Guardian