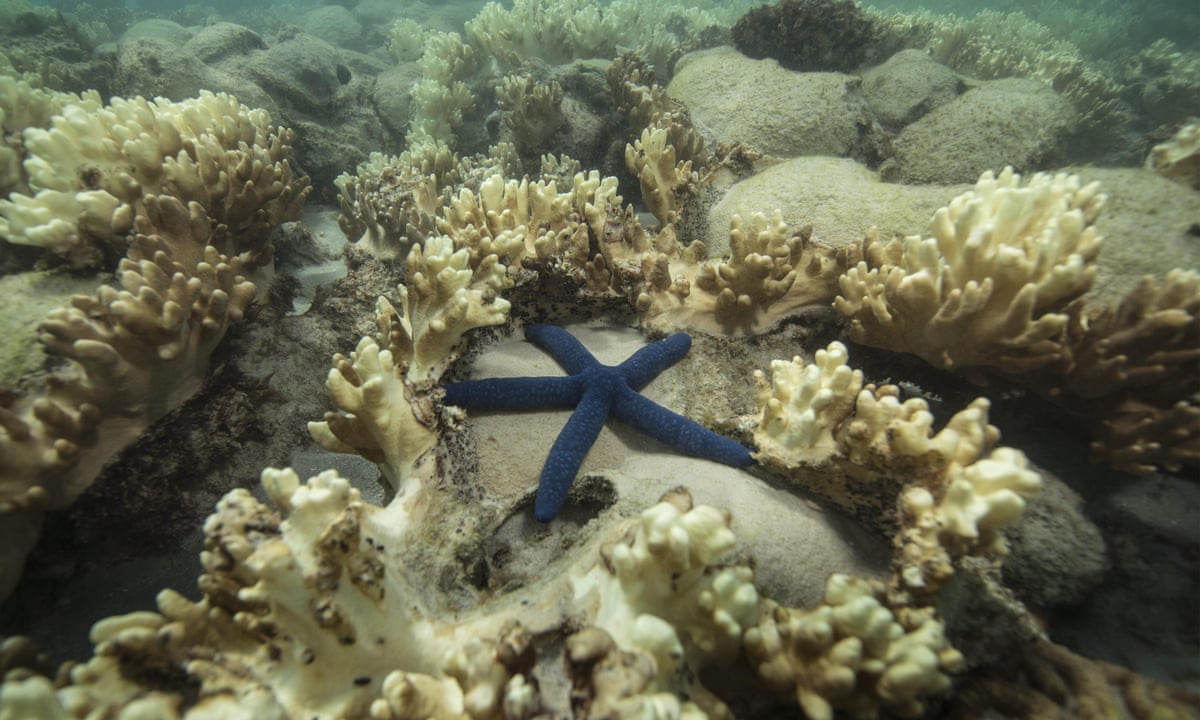 The aftermath of the coral bleaching event at Lizard Island in the Great Barrier Reef. Photograph: Xl Catlin Seaview Survey/EPA

Michael Slezak.–“The coral bleaching event sweeping the globe and destroying vast tracts of valuable coral reef is now officially the most widespread in recorded history, and is likely to continue for an unprecedented third year, according to the US weather agency.

“For the coming four months, National Oceanographic and Atmospheric Administration says its forecasts show warm ocean temperatures are expected to cause bleaching in the northern hemisphere, including around Hawaii, Micronesia, the Florida Keys and Puerto Rico.

“All northern hemisphere US-coral reefs are on alert for coral bleaching this year,” said Mark Eakin, coordinator of Coral Reef Watch at Noaa. “If we see bleaching in Florida or Hawaii this year it will be three years in a row.”

“Coral in every major reef region has already experienced severe bleaching. About 93% of the reefs on Australia’s Great Barrier Reef have been affected, and almost a quarter of the reef on the 2,300km stretch is now dead.”  Continue reading:  Coral bleaching event now biggest in history – and about to get worse | Environment | The Guardian