GR.– CO2 continues to rise, a positive methane feedback loop may form, marine and terrestrial habitats are dying, and then there’s Elon Musk’s business enterprise with some good news.  Power your home with your car?  Read on: 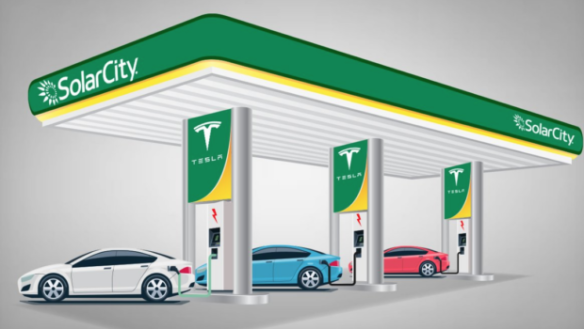 RobertScribbler.– “It could well be said that we are subsidizing our own destruction. Despite centuries of use, fossil fuels around the world today receive about 500 billion dollars annually in the form of economic incentives from Earth’s various governing bodies. With alternatives to fossil fuels becoming less costly and more widely available, and with the impacts of human-forced climate change growing dramatically worse with each passing year, such wasteful and harmful misuse of public monies is starting to look actively suicidal.

“Given so much money going into the hands of what are already the wealthiest corporations in existence, one would expect that the practice of providing these economic powerhouses with such a massive largess of public generosity would result in some kind of amazing overall benefit.

“Energy itself is certainly a benefit. It allows for the rapid and easy transportation of groups and individuals. It lights up homes, powers machinery, keeps us warm in the winter and cool in the increasingly hot summers. But despite what the industry would like you to believe, fossil fuels themselves only represent a small fraction of the global energy available to human civilizations. And the kinds of energy fossil fuels provide is often in its lowest efficiency and most highly externally destructive forms.”  Continue reading:  In Defiance of Harmful Fuels — Is Tesla/Solar City the New Model For What an Energy Company Should Look Like? | robertscribbler

2 thoughts on “In Defiance of Harmful Fuels — Is Tesla/Solar City the New Model For What an Energy Company Should Look Like?”