GR.– Too few realize that we must find ways to embrace negative population growth.  The quality of life and the longevity of human civilization depend on it.

Joe Bish, Population Media Center.– “I was happy to see the following short essay, written by Poonam Muttreja, the Executive Director of the Population Foundation of India. Ms. Muttreja is responding to public remarks made recently by the chief minister of Andhra Pradesh, Mr. Chandrababu Naidu.”

“Naidu is upset that the population growth rate in his state is decreasing, and has focused in on relatively rich citizens as the culprits. He blames the affluent for being content with a small family, and is urging them to have more children. “The ‘one or none’ norm, which gained popularity as a result of the state-sponsored family planning campaign for several years, has lost its relevance now.” He cites Japan’s population decrease as a scary bogeyman.”
“Ms. Muttreja points out that rather than a matter of consternation, a total fertility rate of 1.5 for the state “should should be a matter of great pride.” 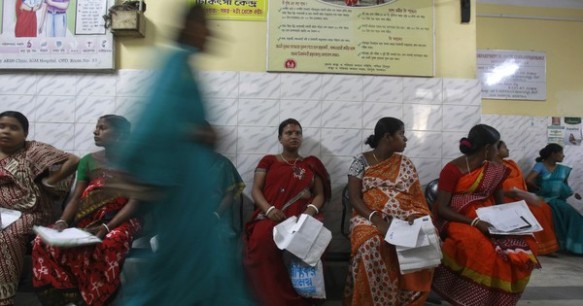 Poonam Muttreja.–Determining the size of her family is every woman’s right. For individuals in leadership positions, to make comments to the contrary is regressive and can push back the country’s progress on many fronts. These include India’s goal for population stabilisation, FP2020 – an international partnership of more than 20 governments on family planning – and the Sustainable Development Goals commitments. The debate is not whether the rich should have more children; it is about choices and rights.

Andhra Pradesh has shown a significant reduction in population growth, which should be a matter of great pride, given that the desired fertility rate for the state, as per National Family Health Survey III, is 1.5, indicating that women wish to have less than 2 children.”  Continue reading:  Note to Chandrababu: Family planning is not about class but about women’s rights and choices