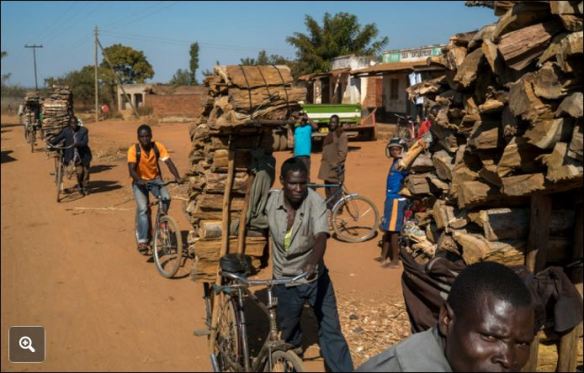 Joe Bish, Population Media Center:  “The scale of destruction has accelerated in the past three to five years because of the combination of drought, poverty and a growing population… To those focused exclusively on global population growth, Malawi barely qualifies as a rounding error. Granted, the current fertility rate is 5.0 and the population growth rate is very fast at just under 3%. Even so, with a current population of only 17.5 million people, Malawi would add just about 100 million to global population by 2100 under the UN’s highest projections (less than 1% of the total global growth projected for that date.)

“Nonetheless, as the article below shows, many environmental issues often considered in the global aggregate are also “less than global”. In this instance, deforestation in Malawi is reportedly reaching a fever pitch. This is impinging the ecosystem’s ability to sequester rains, leading to less resilient surface water supply; leading to greatly reduced hydro-electric capacity; leading to more demand for charcoal for household power needs; requiring more deforestation to meet the demand for charcoal — you surely get the picture.

“Of course, Malawi is not alone in the rapid escalation of charcoal production and deforestation. The UN Food and Agriculture Organization estimates that between 1990 and 2010 around 75 million hectares of Africa’s forests disappeared. The informal charcoal and fuel-wood industry is responsible for 90% of wood consumption in Africa. So, while Malawi’s population size and growth may hardly matter from a global view, for the local environment it obviously matters a great deal.” –Joe Bish.