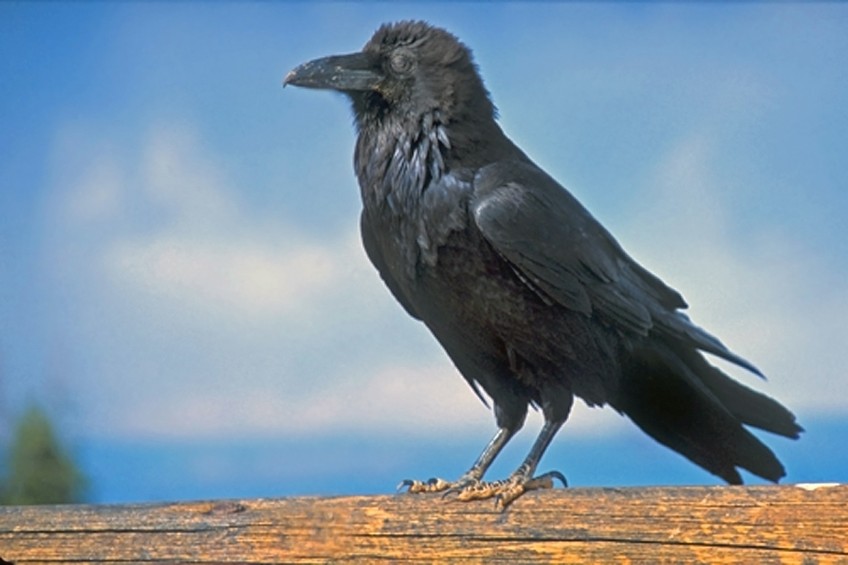 Common Raven (Corvus corax)
Ravens are smart. They create and use simple tools, they mimic human words, and they call one another to a newly discovered food source. Acrobatic fliers, Ravens can roll, somersault, and fly upside down. I’ve seen a video of a Raven using a large can lid as a sled, repeatedly carrying the lid in its beak to the ridge of a snowy roof, and sliding down to the eve fluttering its wings to say balanced. A friend with a Raven family pet told me that their mischief can be wearying.
Wild Ravens have lived more than 22 years.
Nest: Females do most of the work building the nest. They begin with large sticks and construct a base up to five feet across and two feet high. In a small interior cup, they lay three to seven green or blue mottled eggs.
Conservation: Ravens adapt well to human impacts and may be one of the species that survives the sixth mass extinction. (Birds of Dewey-Humboldt, Arizona. GarryRogers.com. Photo: Peter Wallack)