“The Bering Sea has been off-the-charts warm. We’ve never seen anything like this. We’re in uncharted territory. We’re in the midst of an extraordinary time.” Nate Mantua, an ecologist at NOAA’s Southwest Fisheries Science Center in Santa Cruz, California in this National Geographic article. 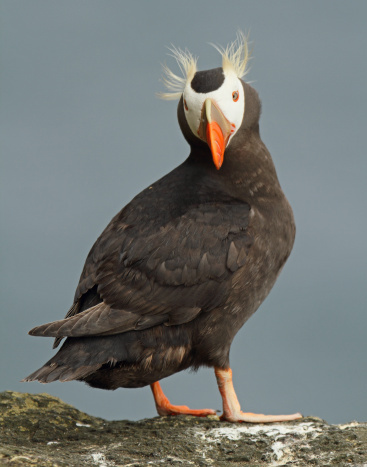 “Some have claimed that the effects of global warming are only gradual and mild. That the impacts to the Earth’s weather systems, its oceans, its lands, its web of life do not now represent a crisis that risks global catastrophe and mass human tragedy. That, somehow, the growing die-offs now inflicted on key species amounts to some kind of pleasantly quiet background noise that we should rationally, coldly, consider, but that should not increase our level of concern or, perish the thought, alarm. And when the very real harms that are now escalating as a result of climate change are realized more fully by human civilization, the fact that these voices did not warn us more strongly, that some of these voices attacked those of us who were rationally concerned, will stand in history as stark evidence to the harms of pandering to the false comfort of an unwarranted reticence.

(Today, sea surfaces in regions surrounding the Arctic are between 2 and 10.5 degrees Celsius above average. These waters are so warm now that they are less able to support a vital food chain. And the impact to Puffins has been considerable. Image source: Earth Nullschool.)

“If they could speak, a lovable breed of northern bird would tell us their own tale of tragedy and loss at the hand of global heat. And if we could hear the sad tale of their own great plight, our hearts and minds might not be so hard or so cold. For in and near the Arctic there is every indication that winter is dying and along with it, the Puffins.” —From the Bering to Maine, Hot Oceans Are Killing the Puffin | robertscribbler