GR:  Many places will have to begin pumping groundwater.  That’s a temporary solution, however.  Here in the arid western United States, we’ve seen what happens as the depth to water falls and the cost of pumping rises. We’ve also seen how toxic metals concentrate in shrinking groundwater aquifers. 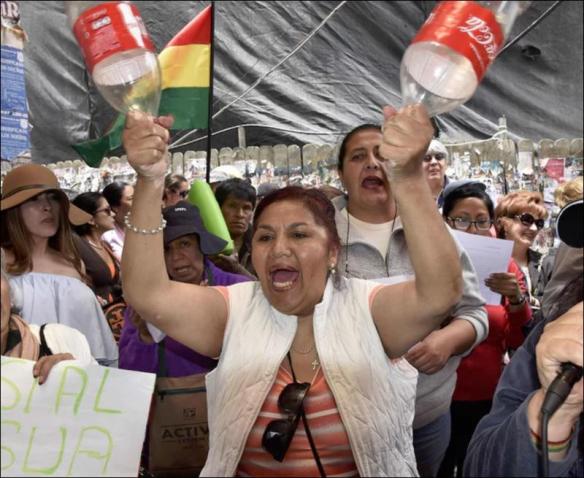 One glacier on Chacaltaya mountain… has already completely disappeared.

“Bolivia’s government was recently forced to declare a state of national emergency — a terrible drought, said to be the worst in at least the past 25 years, plus increasing demand in the form of population growth have left the country high and dry.

“As of now, the country is trying to drill their way out the predicament with “emergency wells.” In the city of La Paz, the three main reservoirs that provide the city’s water are almost dry. It is reported that five other major cities also face severe water shortages. Hospitals are working at half capacity and suspending non-emergency surgeries and dialysis. In some poor neighborhoods taps have run dry for three weeks. The Guardian has posted a photo-essay of the situation here.

“One key aspect of the trouble is that Bolivia’s glaciers have dramatically shrank, and so the dams that rely on continuously capturing glacial run-off are rendered somewhat worthless at this point. Bolivia’s population is expected to increase by 50% (to 15 million) by the early 2040’s.” —Joe Bish, Population Media Center (Read mre here:  Bolivian Water Crisis as Glaciers Vanish, Population Grows)