GR:  Living downstream from an active farm, I have witnessed the deadly impact of nitrogen fertilizer runoff first hand (more here). The authors of the article below point out that global warming will increase the need for nitrogen fertilizer which itself fuels global warming–giving us another nasty positive feedback loop. Increasing nitrogen use in food production gives us another reason to focus on family planning and population reduction while we might still control the process. 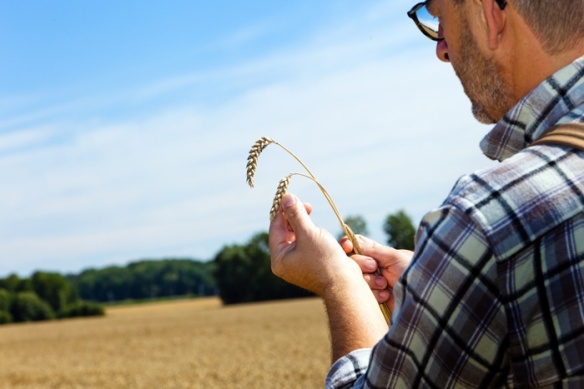 “While carbon pollution gets all the headlines for its role in climate change, nitrogen pollution is arguably a more challenging problem. Somehow we need to grow more food to feed an expanding population while minimising the problems associated with nitrogen fertiliser use.

“In Europe alone, the environmental and human health costs of nitrogen pollution are estimated to be 70 to 320 billion euros per year.

Food & Agriculture – Green beans: why pulses are the eco-friendly option for feeding – and saving – the world. Read now.

“Nitrogen emissions such as ammonia, nitrogen oxide and nitrous oxides contribute to particulate matter and acid rain. These cause respiratory problems and cancers for people and damage to forests and buildings.

“Nitrogenous gases also play an important role in global climate change. Nitrous oxide is a particularly potent greenhouse gas as it is over 300 times more effective at trapping heat in the atmosphere than carbon dioxide.

“Nitrogen from fertiliser, effluent from livestock and human sewage boost the growth of algae and cause water pollution. The estimated A$8.2 billion damage bill to the Great Barrier Reef is a reminder that our choices on land have big impacts on land, water and the air downstream.” —Ee Ling Ng and Deli Chen, Robert Edis (Continue: Nitrogen pollution: the forgotten element of climate change | Asia Pacific)

2 thoughts on “Nitrogen pollution: the forgotten element of climate change”