GR:  National Monuments provide imperfect protection to water and wildlife, but they are better than leaving lands entirely under standard Bureau of Land Misuse policies. The new administration members are already talking about privatizing Indian reservations. They will probably try to open the monuments to their corporate friends too. Preserving monuments will be one more battle we face in 2017. But there are only thousands of them–we are millions. 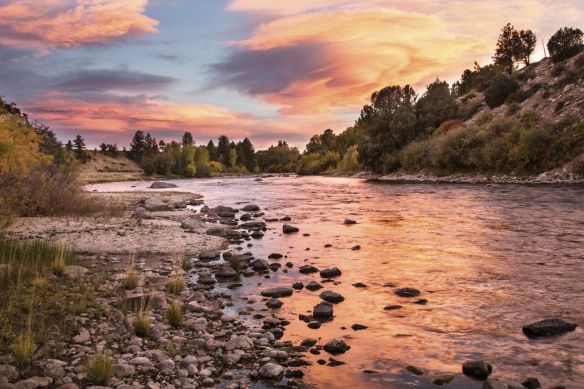 “President Obama has accomplished a lot in eight years. Beyond reviving the economy and cutting unemployment, his legacy includes major environmental feats such as reducing air pollution, boosting clean energy and making the U.S. a global leader in fighting climate change.

“It also includes many smaller moves that add up to something pretty big: the creation and expansion of national monuments. These are federally protected areas that feature “objects of historic or scientific interest,” and can be established directly by Congress or the president.

“Obama has designated 26 national monuments during his tenure, more than any other president, and also substantially expanded three others.

“A haze of uncertainty now hangs over many of Obama’s executive orders, including those 29 national monuments. Congress has “clear authority” to abolish or shrink monuments, according to a 2016 report by the Congressional Research Service (CRS), and presidents can modify sites set aside by their predecessors. Still, the CRS adds, they may have trouble repealing them outright:

“No President has ever abolished or revoked a national monument proclamation, so the existence or scope of any such authority has not been tested in courts. However, some legal analyses since at least the 1930s have concluded that the Antiquities Act, by its terms, does not authorize the President to repeal proclamations, and that the President also lacks implied authority to do so.”

“To highlight what’s at stake, here are photos and facts about each of the 26 national monuments created by Obama — plus the three existing sites he expanded. Click through the images and scan the details for a reminder of why these places are worth protecting.” –Mother Nature News (Continue reading:  A monumental legacy | Obama’s national monuments are a big deal)