GR:  Human population growth, conversion of land to farms and cities, and rising temperatures are driving most species toward extinction. Naturalists are observing sinking populations around the world. As more populations reach zero, extinctions accelerate and will be roaring along by century end. They will not slow until only the most adaptable (weed) species remain. The progress of wildlife loss will eventually begin to cause human population decline. Whether or not our species escapes extinction in the centuries ahead, depends on rapid reversal of population growth and elimination of fossil fuel use. Such turns of events seem unlikely as the enormous wealth of the fossil-fuel companies and the owners of our industry and distribution systems have enthralled our leaders. So call or write your congressmen today. Let them know you will support them if they turn away from wealth and accept their responsibility to lead. 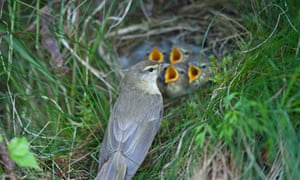 A family of willow warblers at a summer nest site in Scotland. Photograph: Alamy Stock Photo

“Climate change has already led to the vanishing of some bird species in parts of England, where intensively farmed land gives them no room to adapt to warming temperatures. The revelation, in a new scientific study, contradicts previous suggestions that birds are tracking global warming by shifting their ranges. 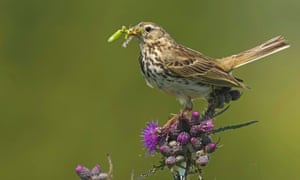 Meadow pipit have disappeared from sites in the south of England. Photograph: Alamy Stock Photo

“The research found that birds that prefer cooler climes, such as meadow pipits, willow tits and willow warblers, have disappeared from sites in south-east England and East Anglia, where intensive crop growing is common. 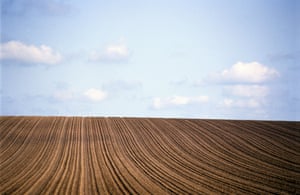