GR:  In the midst of the greatest mass extinction in Earth history, the U. S. government is stepping in to do even more to disrupt wildlife movements and put more pressure on survival.

Wall on the Mexico Border 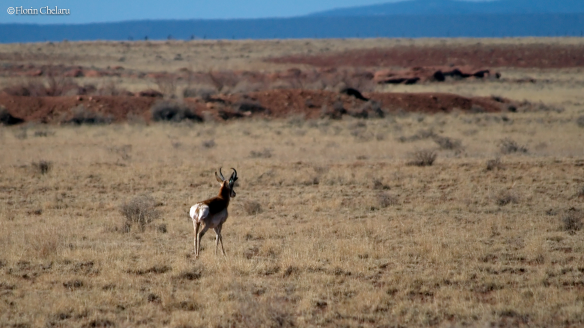 “Wildlife and habitat are on the line because of impacts of the new administration’s immigration policy.

“Today, President Trump ordered the construction of a Mexican border wall — the first in a series of steps intended to crack down on immigration and bolster national security. The executive order to finish the remaining 1,000 miles will have a huge impact on biological unity, connectivity along the border, and habitat disruption.

“While being constructed to stop people from illegally crossing the U.S.-Mexican border, the border wall actually does more to prevent wildlife – not humans – from migrating and connecting with different populations across vast natural southwestern habitats.

“Maintaining connected habitats is important for any species, but especially for those struggling to survive in the face of multiple and cumulative threats. For some species, the wall will completely block the corridors – or regularly traveled paths through the landscape – that they have relied on for centuries. If the wall fragments populations and prevents animals from reaching necessary habitat, these species are unlikely to remain healthy and contribute to their ecological landscapes. Imperiled species such as the ocelot, Mexican gray wolf, jaguar and Sonoran pronghorn may not be able to migrate, exchange genes between populations, and or reach vital food sources.

Is There An Alternative?

“There are several scientific and conservation-minded solutions to extending the wall, including virtual fencing and wildlife-friendly vehicle barriers that are passable only to wildlife. There are also short-term measures that can be taken to support wildlife on America’s borders such as increased funding for environmental protection, improved environmental training for Border Patrol agents, and greater commitment to existing environmental laws.” –Hillary Esquina (Continue reading: Why You Should Care: Trump’s Order on the Border Wall – Defenders of Wildlife Blog).

5 thoughts on “Why You Should Care: Trump’s Order on the Border Wall”