GR: The first tests of our constitution have begun. Will law prevail or will Trump’s handlers, the oligarchs achieve total control? Contests are for liberty and nature. Both, especially nature have lost inch by inch, but the days of incremental change are over. Now, we achieve all or we have nothing.

Where are our champions? Oh, right, I forgot, they are forming separate camps competing for recognition as being the most pure, having the most followers, and raising the most money. Aargh! 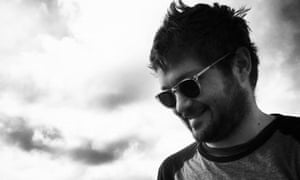 “Climate change activists and film-makers who documented their anti-pipeline demonstrations are facing criminal charges and hefty prison sentences, with cases across the US that have raised concerns about press intimidation and the targeting of peaceful protesters.

“The slew of upcoming trials, beginning Monday in Washington state, stem from a series of coordinated actions on 11 October 2016 aimed at shutting down oil sands pipelines. Nine criminal cases include several filed against film-makers and live-streamers who recorded protesters closing the emergency valves on pipelines, but did not directly participate in the disruptions. 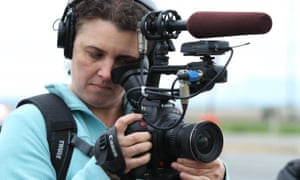 “These activists are responding to a climate emergency,” said Steve Liptay, a film-maker facing trespassing and aiding and abetting charges in Minnesota, where he documented protesters shutting down two Enbridge pipelines. “As media, we have to tell their stories.”

“The court cases – also in North Dakota, Minnesota and Montana – come at a time of increasing anxiety for journalists and activists surrounding the arrest and aggressive prosecution of reporters and protesters critical of US government and powerful corporations.

“During protests of Donald Trump’s inauguration in Washington DC, at least six journalists and film-makers were charged with felony rioting offenses, which could result in 10 years in prison. One case was later dropped. Lawmakers in multiple states have also recently pursued new laws aimed at restricting protests and making it easier for police to target demonstrators.

“The October #ShutItDown protests were organized in solidarity with the Standing Rock Sioux tribe’s fight against the Dakota Access pipeline. Those demonstrations have also led to serious criminal charges, including a case against radio host Amy Goodman, which a judge eventually rejected.” –Sam Levin (More: Anti-pipeline activists and film-makers face prison, raising fears for free press | World news | The Guardian).

Here’s some more news of the day: