GR:  The top two threats to species are habitat loss due to human farming and construction and the spread of invasive plants and animals. We have expected climate to catch up, and here is clear evidence that this is so. What can we do? Simple, stop destroying habitat, ignoring invasive species, and burning coal, oil, and gas. Simple to say, that is, but probably impossible to do. 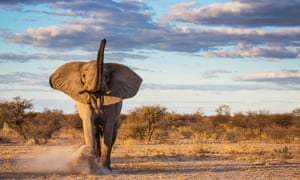 “The impact of climate change on threatened and endangered wildlife has been dramatically underreported, with scientists calling on policymakers to act urgently to slow its effects before entire species are lost for good.

“New analysis has found that nearly half (47%) of the mammals and nearly a quarter (24.4%) of the birds on the International Union for the Conservation of Nature (IUCN) red list of threatened species are negatively impacted by climate change – a total of about 700 species. Previous assessments had said only 7% of listed mammals and 4% of birds were impacted.

“Many experts have got these climate assessments wrong – in some cases, massively so,” said Dr James Watson of the University of Queensland, who co-authored the paper with scientists in the UK, Italy and the US.

“Published in the Nature Climate Change journal, the analysis of 130 studies reported between 1990 and 2015 painted a grim picture of the impact of the changing climate on birds and mammals already under threat.” –Elle Hunt (More:  Act now before entire species are lost to global warming, say scientists | Environment | The Guardian.)