GR:  Reduced air pollution, less noise, increased health, clear skies, and more jobs. All cities could follow Karin. Is there any movement stirring in your city? Read the interview and get ideas for your home town. Oh, for another benefit, there’s saving the planet and all its wonderful plants and animals from the greed of oily politicians and their owners.

“Karin Wanngård, the mayor of Stockholm, rides an electric bike to work each morning — at least when it is not snowing too heavily.

“She also wears second-hand clothing — a trendy move in Stockholm, she says — and eats less meat than she used to. It is all part of her contribution to meeting an ambitious goal she set for her city: eliminating all use of coal, oil and other fossil fuels by 2040. 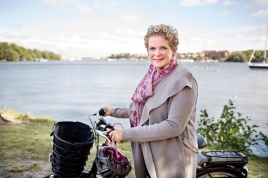 Karin Wanngård, the mayor of Stockholm, with a bicycle she rides to work most mornings. Credit: Liselotte van der Meijs/REUTERS

“Leadership is really important when you want to make things happen,” said the 41-year-old, who has run Sweden’s capital city since 2014. “You can always have politicians making nice speeches but when it comes to action you need to have leadership.”

“Around the world, cities are increasingly at the forefront of action to curb climate change. Some, like Stockholm, have set ambitious emissions reduction goals, while others have pushed ahead with climate policies despite national policy reversals, such as under President Donald Trump in the United States.

“Increasingly, many of the cities leading on climate change — Paris, Washington, Sydney, Cape Town — are run by women. 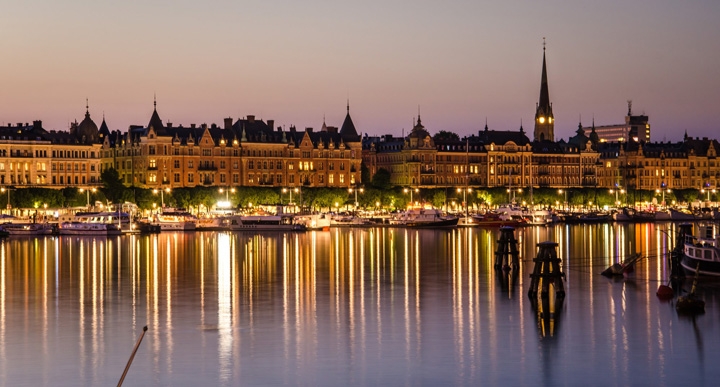 “In two years, the number of women leading large cities that are at the forefront of climate action has risen from four to 16, according to the C40 Cities network of more than 80 cities committed to addressing climate change, which is organising a conference for women leaders in New York this month.” —Laurie Goering, Thomson Reuters Foundation (Continue reading:  Stockholm’s Mayor is Taking on Climate Change | Climate Central).