GR:  Love it! I would choose a Wolverine for its strength, stamina, ferocity, and intelligence. Sorry losers. 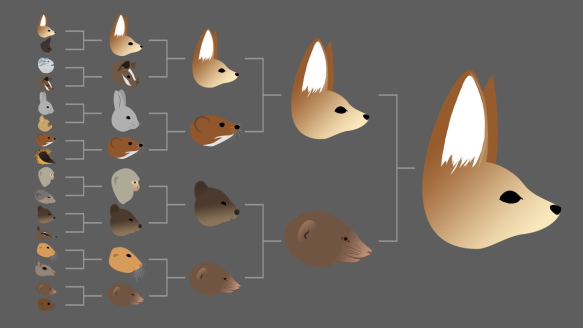 “It’s a little after 8 a.m. at Wakefield High School in Arlington, Va., and Michelle Harris’ AP Environmental Science class is getting right to it.

“All right, you guys got your brackets out?” Harris asks.

“The class of mostly juniors and seniors ruffle through folders and pull out pieces of paper with brackets — 64 slots, four quadrants, and one central box to predict the championship. But there’s something a little different about these brackets …

“We’re going to jump down to the fourth-seeded spider monkey against the 12th-seeded antelope squirrel,” Harris says.

“Spider monkey better win!” one student shouts from the back of the class.

“This is March Mammal Madness: Round 2. It’s a competition that has been playing out online and in hundreds of classrooms over the past month. Real animals wage fictional battles, while students use science — a lot of it — to try to predict the winner.