GR: Butterflies and other pollinators seem to be in steep decline around my home in Dewey-Humboldt, Yavapai County, Arizona. Monarch, Morning Cloak, and Swallowtail numbers shrank over the past few drought years. Part of the explanation for butterfly decline here, as in Britain is pesticide use and habitat loss. However, global warming with its rising temperature, droughts, and storms, is probably becoming as important. We just had wet winter, and I hope that this summer and next spring butterfly numbers will rebound.

Butterflies are like the canary in the coal mine. If they die, are we in danger too? 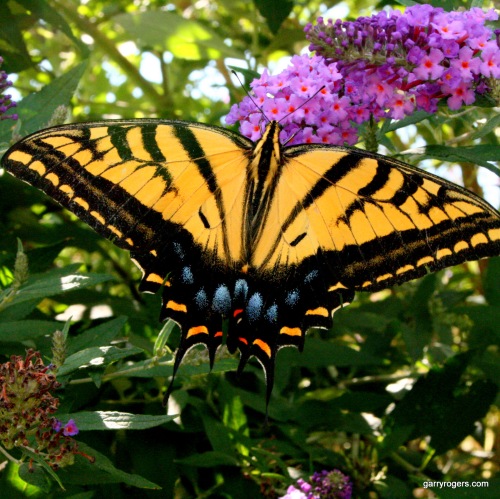 In Britain: “Butterflies are “failing to cope” with climate change and the pollution of the British countryside, experts have warned after a disastrous year saw population declines in 40 out of 57 species.

“The UK Butterfly Monitoring Survey found it had been the fourth-worst year overall with six species – the heath fritillary, grizzled skipper, wall, grayling, white-letter hairstreak and white admiral – all suffering their most dramatic declines in the 41 years since records began.

“Sixteen species saw increases with one remaining about the same, the annual survey found. But Professor Tom Brereton, head of monitoring at Butterfly Conservation, said the results showed that the insects were in trouble.” –Ian Johnston (Continue reading: Disastrous 2016 shows butterflies are ‘failing to cope’ with climate change | The Independent.)