GR: Glaciers are melting at the North Pole, the South Pole, and in mountains around the planet. Sea level is rising. If we stop adding greenhouse gasses to the atmosphere now, melting might stop within a few centuries. At that point, sea level will be more than 30 feet higher than it is now. If we continue to add greenhouse gasses to the atmosphere, we can expect 70 feet of sea-level rise before stability is reached. Stability at that point will occur because we will have stopped producing greenhouse gases–we will have little working technology left. Cutting emissions immediately is the only way we might limit the rise to 30 feet. 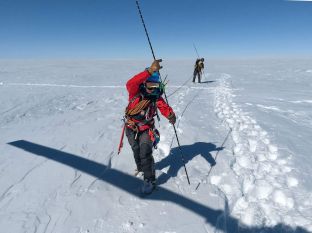 In East Antarctica, Australian researchers probe for crevasses on Totten Glacier—another one that has begun to look vulnerable—before deploying instruments to measure how fast it’s moving and thinning (photo by Camille Seaman).

As you will see as you read this article, critical measurements are underway to determine how fast the ice is melting. It is expensive to make the measurements that will give us the ability to predict and plan for rising sea level. Less money than presidential trips to Florida to play golf, but substantial amounts nevertheless. This is just the type of necessary spending the Trump administration (actually the corporatists controlling Congress) is intent on ending. Isn’t this a crime against nature and humanity?

(The following story appears in the July 2017 issue of National Geographic Magazine.)

“The massive iceberg poised to break off the Larsen C Ice Shelf may be a harbinger of a continent-wide collapse that would swamp coastal cities around the world.

“Seen from above, the Pine Island Ice Shelf is a slow-motion train wreck. Its buckled surface is scarred by thousands of large crevasses. Its edges are shredded by rifts a quarter mile across. In 2015 and 2016 a 225-square-mile chunk of it broke off the end and drifted away on the Amundsen Sea. The water there has warmed by more than a degree Fahrenheit over the past few decades, and the rate at which ice is melting and calving has quadrupled.

“On the Antarctic Peninsula, the warming has been far greater—nearly five degrees on average. That’s why a Delaware-size iceberg is poised to break off the Larsen C Ice Shelf and why smaller ice shelves on the peninsula have long since disintegrated entirely into the waters of the Weddell Sea. But around the Amundsen Sea, a thousand miles to the southwest on the Pacific coast of Antarctica, the glaciers are far larger and the stakes far higher. They affect the entire planet. 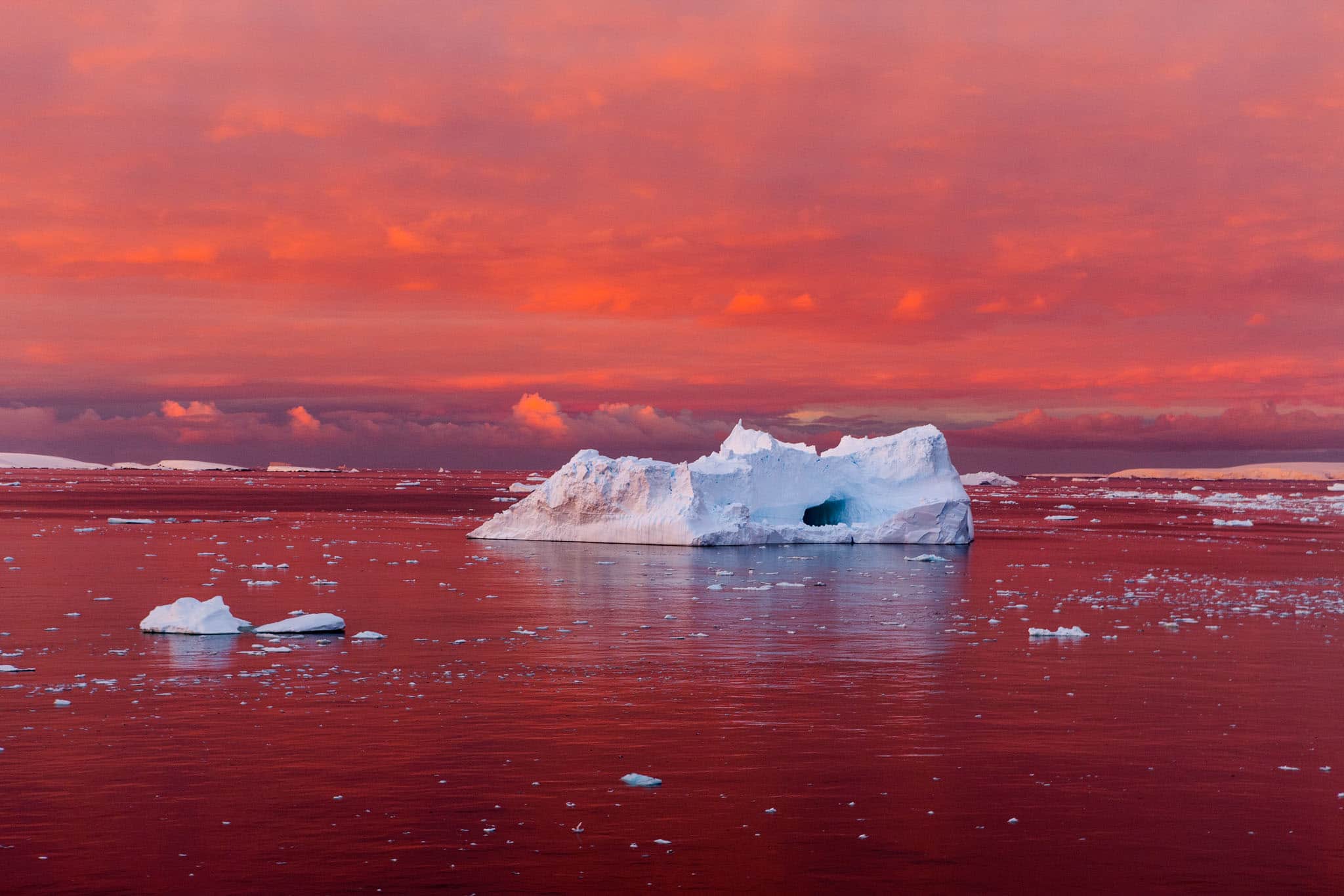 A startling sunset reddens the Lemaire Channel, off the west coast of the Antarctic Peninsula. The continent’s coastal ice is crumbling as the sea and air around it warm (photo by Camille Seaman).

“These are the fastest retreating glaciers on the face of the Earth,” says Eric Rignot, a glaciologist at the NASA Jet Propulsion Laboratory in Pasadena, California. Rignot has studied the region for more than two decades, using radar from aircraft and satellites, and he believes the collapse of the West Antarctic Ice Sheet is only a matter of time. The question is whether it will take 500 years or fewer than a hundred—and whether humanity will have time to prepare.

“We have to get these numbers right,” Rignot says. “But we have to be careful not to waste too much time doing that.”

“Getting the predictions right requires measurements that can be made only by going to the ice. In December 2012 a red-and-white Twin Otter plane skimmed low over the Pine Island Ice Shelf. The pilot dragged the plane’s skis through the snow, then lifted off and circled back to make sure he hadn’t uncovered any crevasses. After the plane landed, a single person disembarked. Tethered to the plane by a rope and harness, he probed the snow with an eight-foot rod.” –Douglas Fox–Photographs by Camille Seaman. (This story appears in the July 2017 issue of National Geographic magazine. Continue: Antarctica Is Melting, and Giant Ice Cracks Are Just the Start.) 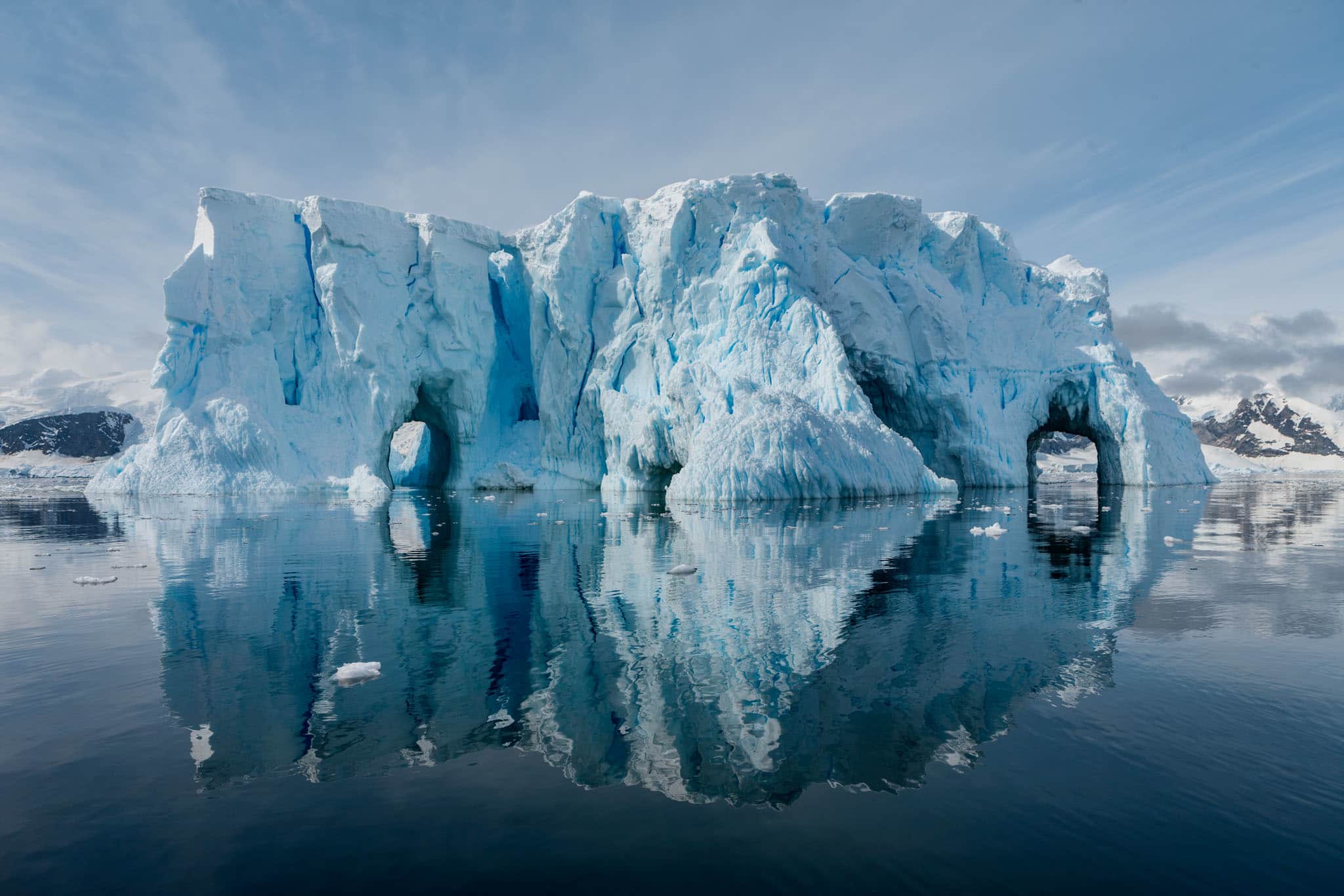 The west side of the Antarctic Peninsula is warming several times faster than the rest of the planet. Ninety percent of its 674 glaciers are now in retreat and are calving more icebergs into the sea, like this one in Andvord Bay (photo by Camille Seaman).

7 thoughts on “Antarctica Is Melting, and Giant Ice Cracks Are Just the Start”