GR:  I would prefer to have entrepreneurs work first on replacing fossil fuels with solar collectors, however carbon capture (CC) has an obvious role to play in dealing with our climate emergency. And why wouldn’t we want to clean our atmosphere? However, it isn’t comforting that some see CC as an alternative to cutting emissions. 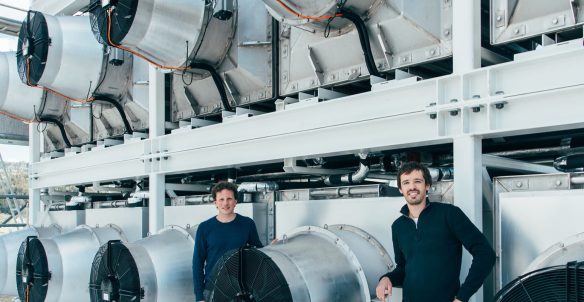 “On the roof of a waste incinerator outside Zurich, the Swiss firm Climeworks has built the world’s first commercial plant to suck CO2 directly from the air.

“Climeworks says that its direct air capture (DAC) process – a form of negative emissions often considered too expensive to be taken seriously – costs $600 per tonne of CO2 today. This is partly covered by selling the CO2 to a nearby fruit and vegetable grower for use in its greenhouse.

“Carbon Brief travelled to the opening of the plant and interviewed co-founder Christoph Gebald to find out more about Climeworks’ ambitions, how the technology works and how it might contribute to global climate goals.” –Simon Evans (The Swiss company hoping to capture 1% of global CO2 emissions by 2025 | Carbon Brief)