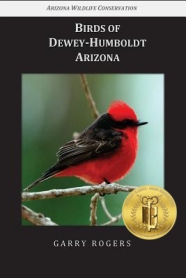 “Literary Classics, an organization dedicated to furthering excellence in literature for young readers, takes great pride in its role to help promote literature which appeals to youth while educating and encouraging positive values in the impressionable young minds of future generations.”

The past decade’s droughts, storms, and spreading deserts show that humanity is changing the Earth. Research coming from many sources shows that worldwide animal extinctions are occurring 100 times faster than in Earth’s previous mass-extinction events recorded in the fossil record.

Extinction isn’t the only concern. Total loss of a species results after years of decline. The Living Planet Index, which measures abundance levels of 14,152 monitored populations of 3,706 vertebrate species, shows that a worldwide crash is occurring. On average, monitored species declined by 58% between 1970 and 2012.

One of the oldest and most familiar citizen-participation activities is the Audubon Society’s Christmas Bird Count. Wildlife biologists have used the Bird Count to monitor bird species populations. A recent analysis of the Count’s results show that many U.S. bird species are declining. Some of our most familiar birds appear in current counts less than half as often as they did just 50 years ago. For example, over the past 50 years, sightings of Loggerhead Shrikes, a common Arizona species, declined by 72%. The Shrike in the photograph at left is the only one I have seen in 19 years of watching at my place.

Arizona Game and Fish Department (AZGFD) wildlife biologists conclude that at least 58% of Arizona’s native birds are definitely declining and . Another 20% are of possible long-term concern. The U.S. Endangered Species Act protects only 1% of Arizona bird species.

The reason for the declining numbers is not a mystery. Researchers have shown that the declines are due to the impact of human activities, chiefly:

The human impact is a direct result of human construction, land clearing, and resource consumption. Our total global population is nearing 7.5 billion and we are using the Earth’s renewable resources faster than natural processes replenish them.

Unless we control our population and consumption or unless drought, disease, pollution, and rising temperature control them for us, the environmental impacts of our growth will eventually eliminate upwards of 80% of our bird species.

I believe nature conservation was the great challenge of the 20th Century, and we failed the challenge. Human beings are imposing a mass extinction that now appears destined to wipe out most animals on Earth. I hope readers of this book will recognize the danger and help me find ways to stop the extinctions.

According to the information published by AZGFD, 551 bird species and subspecies occur in Arizona. Regular residents number 451.