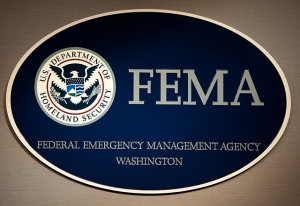 GR: Most journalists reporting on climate-change predictions are reluctant to emphasize worst-case scenarios. Popular climate scientists share this reluctance, claiming that discussing worst-case possibilities discourages rather than encourages disaster planning and preparation. However, we shouldn’t treat climate scientists’ worst-case descriptions as pessimism; we should treat them as warnings. Most climate scientists have become dubious that we can limit global warming to the goals set in the Paris Accord. So, what is a reasonable response? There’s a bit of ancient advice that you find scattered across the U. S. Federal Emergency Management Agency (FEMA) website:

“Hope for the best, but plan for the worst.”

Unfortunately, most people aren’t preparing for the worst. There is growing media attention to emergency planning, and in fact, many major corporations and most military divisions are preparing. In many countries, however, leaders are not telling people to prepare. In the U. S., many elected leaders are telling their constituents that climate change is a hoax. In case you missed this earlier post, here’s a reasonable pair of suggestions for governments and for citizens. Chris Mooney.– “In recent years, it has become increasingly common to frame the climate change problem as a kind of countdown — each year we emit more carbon dioxide, narrowing the window for fixing the problem, but not quite closing it yet. After all, something could still change. Emissions could still start to plunge precipitously. Maybe next year.

“This outlook has allowed, at least for some, for the preservation of a form of climate optimism in which big changes, someday soon, will still make the difference. Christiana Figureres, the former head of the United Nations’ Framework Convention on Climate Change, recently joined with a group of climate scientists and policy wonks to state there are three years left to get emissions moving sharply downward. If, that is, we’re holding out hope of limiting the warming of the globe to below 2 degrees Celsius (3.6 degrees Fahrenheit) above pre-industrial temperatures, often cited as the threshold where “dangerous” warming begins (although in truth, that’s a matter of interpretation). 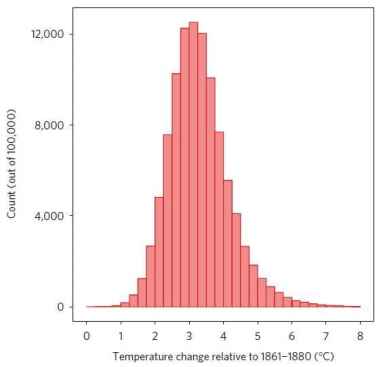 Yet a battery of recent studies call into question even that limited optimism. Last week, a group of climate researchers published research suggesting the climate has been warming for longer than we thought due to human influences — in essence, pushing the so-called “preindustrial” baseline for the planet’s warming backwards in time. The logic is clear: If the Earth has already warmed more than we thought due to human activities, then there’s even less remaining carbon dioxide that we can emit and still avoid 2 degrees of warming.” –Chris Mooney (Continue reading: We only have a 5 percent chance of avoiding ‘dangerous’ global warming, a study finds – The Washington Post.)