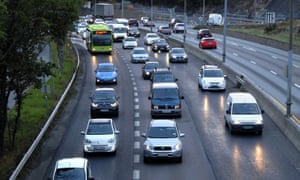 As of yesterday, Nikola Motors announced the performance specs and preorders for its new hybrid electric long-haul truck. It’s a ridiculously awesome design — one that boasts across the board superior performance when compared to internal combustion engine based trucks that are currently available. The company producing this amazing feat of electrical hybrid vehicle engineering calls its new vehicle the Nikola One. But we’re going to have some fun at the expense of climate change deniers and electric vehicle detractors both here and call this thing Al Gore’s Revenge.

If there’s ever been a name that climate change deniers tried to turn into a nasty joke, it’s Al Gore. Back in the late 1990s, Al Gore displayed amazing foresight and did the prescient, responsible thing by working to incentivize a transition to electrical vehicles. He rightfully attacked internal combustion engines for the inefficient, wasteful and fossil-fuel dependent beasts that they were. Calling them infernal internals, he was probably the first person of political standing to make the apt link, in reference, between climate change and hell on Earth.

For his good deeds and for his speaking truth to the political and economic powers of the day, Gore was largely demonized in the fossil fuels industry supported republican media. Pretty much anyone who defended Al Gore was attacked. And, for a while, despite a glaringly huge and growing scientific consensus, climate change deniers pretended that the notion of human caused climate change itself was the sole mental invention of this sensitive and thoughtful man.

Now, though, the joke is on the climate change deniers and on the fossil fuel industries, like Peabody Coal, who paid to support their demonization of climate leaders. For now even the fossil fuel haven that was long haul trucking is starting to fall due to the superior physical performance potentials of electric engines.  Continue reading:  Al Gore’s Revenge — Internal Combustion Engines Stink and This Ridiculously Powerful Electric Turbine Truck Proves It | robertscribbler