Trump and the Republicans act as if they want the US to become a fascist country ruled by wealthy people and corporations.

Fascism (Merriam-Webster): A political philosophy, movement, or regime that exalts nation and often race above the individual and that stands for a centralized autocratic government headed by a dictatorial leader, severe economic and social regimentation, and forcible suppression of opposition. Government regulation limits individual rights and freedoms.

Social Democracy: Incorporates both capitalist and socialist practices. The pursuit of profit is open to all, but it is regulated to improve people’s lives, guarantee personal freedom, and protect the environment.

GR: The USDA Chief Scientist must be a scientist. The USDA evaluates the safety of outdoor activities including farming, logging, ecosystem protection, herbicide use for weed control, and many more. The person in charge of the evaluations must understand the methods used for measurement and analysis and must understand the certainty or lack of certainty of the results. Sam Clovis has no experience in scientific methods. Trump selected his other appointees based on political connections and not qualifications. Clovis may be the worst of the worst. The Union of Concerned Scientists has given us some information to use in protest of Clovis’ appointment.

“President Trump has nominated Sam Clovis—a vocal climate change denier with no training in science—for the role of chief scientist at the US Department of Agriculture (USDA). Clovis’ nomination represents an abandonment of America’s farmers, ranchers, and consumers who depend on the USDA to provide sound scientific guidance on the pressing challenges facing our nation’s food system. Moreover, Clovis’ history of denying climate change and peddling racist and homophobic conspiracy theories calls into question his capacity to make informed, objective, and sound investments for the future of American agriculture.

“Scientists and experts around the country are signing this letter to demand that the USDA chief scientist have a strong scientific background in order to fulfill the demands of this crucial position.

“Add your name to this letter urging the Senate Agriculture Committee to stand by its commitment to scientifically informed governance by voting no on Sam Clovis for USDA chief scientist.

“Learn more about the case against Clovis, and read the nine questions the Senate should ask of Clovis. Check out our Sidelining Science Since Day One report.” —Union of Concerned Scientists.

GR:  Contact your Senators and ask them to reject the Clovis appointment. You could also contact Senator Pat Roberts, chairman and Senator Debbie Stabenow, ranking member of the US Senate Committee on Agriculture, Nutrition, and Forestry.

Tell your Senators that Sam Clovis falls far short of the standards of chief scientist. While he holds a Doctorate of Public Administration, his professional background is completely devoid of relevant scientific experience. The USDA chief scientist must have a strong scientific background to administer scientific programs and make crucial decisions on food safety, agricultural productivity, and emerging threats to public health. Dr. Clovis lacks grounding in the scientific process and is not equipped to make informed, objective, and strategic investments for the future of American agriculture.

There are some excellent smart phone apps that simplify contacting congress. I’m trying out “Congress” by Eric Mill my phone. Seems pretty good so far.

We must apply much more effort to conservation if we want to keep the benefits we derive from natural ecosystems. We need leaders that can promote activities that improve living conditions and guarantee long-term benefits from nature.

Political platforms usually emphasize human social and economic equality. The Justice Democrats platform is an example that lays out a set of goals for leaders focused on human society. It includes climate change. Here are the nature-conservation goals I recommend we add to political platforms.

I’ve listed subjects and actions in rough order of priority. I don’t think the first items are more important than the ones that follow. They are first because the emergency conditions we’ve created require that we act on them immediately.

Destroying the land for material that will destroy the air.

Conservationists, land managers, wildlife biologists, and educators will see nothing new here. We have years of observations, research, and experimentation on each of these topics. It is time to start full-scale application of what we’ve learned. For this, we need dedicated leaders that understand the value of watersheds, soils, pollinators, and ecosystems. We need leaders who recognize that we are in the midst of both a climate and an extinction crisis. We need leaders who are convinced that humanity cannot survive without healthy ecosystems.

Conditions are in flux. I would be delighted to have your suggestions and questions.  Thanks.

It has seemed all along that Obama lacks background in the natural sciences. He often appears to lack the understanding that would let him fully accept the real dangers of global warming. Instead, he believes the topic is important because of the concerns of his advisers and voters. Thus, it is something that he can use politically for bargaining and negotiations.

Earlier this week President Obama made one of the worst decisions of his presidency. He decided to ignore the concerns of thousands of protesters and more than 60 percent of the American public over the issue of climate change. He decided to approve a dangerous plunging of new wells into unstable, clathrate-laden seabeds in the Arctic. Effectively, he’s deciding to play a dangerous game of chicken with a natural world that’s been riled and wounded by climate change. And in this game he puts us all at risk.

It’s a bad move that sends all the wrong signals. It demonstrates an attachment to the old, limited resource dominance based, policies that cause so many problems and that keep us dependent on fossil fuels for far too long.

(Shell is now approved to poke holes into the Arctic seabed in a mad, climate-destroying, quest for oil. The Arctic, overall, is…

Pursuit of Profit by the CEFIM

Nature conservation requires participation in politics.  Here’s the outline of a political problem to consider:   Large multinational corporations often pursue profits without regard for the consequences.  We can limit corporate impacts in three major ways:  We can divest our holdings in the largest chemical, energy, finance, insurance, and military corporations (CEFIM), we can stop purchasing their products, and we can support politicians (yes there are some) that oppose corporate power over government.

Divesting, boycotting, and voting.  I listed brief bits of useful information for CEFIM corporations below.  If you want to get involved, you might wish to pick one industry and follow links to gather information and find top protests to support.  Then pick your politicians and go to work!

On everyone’s mind just now are the pesticides that are killing the bees and butterflies.  A social media push to block toxic pesticides is using the hashtag, #BeeKindObama to call on the president to halt the massive poisoning that the major chemical companies are promoting.  The Pesticide Action Network (PAN) produced an info-graphic concerned with pesticides, seeds, and other biotechnology.  It shows how a few chemical companies dominate the global market.  If pesticides are your thing, go to PAN to find ways to take action.

If energy and it’s pollution of air, land, and water are of interest to you, you might want to help make Global Divestment Days (February 13, 14, 2015) a society-shaking event.  Fossil Free Indexes website ranks energy corporations by their potential to release CO2.  The short list below includes the worst of the worst, the top tar-sands companies.  Go to Fossil Free Indexes for information on other companies.

U. S. financial institutions constantly lobby to become “too big to fail” so that they can have tax money to cover their losses.  Congress just passed a bill to allow just that.  Elizabeth Warren strongly opposed the bill.  Top U. S. banks include Citigroup, Wells Fargo, JP Morgan Chase, Bank of America, and US Bank.  Use local banks instead.  Credit unions are often the least expensive.  The Banks Around the World website lists banks and other financial institutions.

Here I’m focusing on health insurance corporations responsible for inflating costs across the health-care industry.  They’ve all been involved, but the largest companies are:  WellPoint, CIGNA, Aetna, Humana, United Healthcare, and BlueCross BlueShield.  As the Affordable Health Care Act (Obama Care) brings prices down, you might want to shop for smaller providers less likely to exert pressure on politicians to guarantee their profits.  Perhaps our next president will again try for a single-payer system.

Armed conflicts waste significant amounts of the Earth’s resources.  We’ve all heard about the political influence of the military-industrial complex that is sometimes more correctly called the military-industrial-congressional complex (MICC).  The MICC “. . . comprises the policy and monetary relationships which exist between legislators, national armed forces, and the arms industry that supports them. These relationships include political contributions, political approval for military spending, lobbying to support bureaucracies, and oversight of the industry” (Wikipedia).

According to the Stockholm International Peace Research Institute, the 2013 top five arms and military services corporations were all American:  Lockheed Martin, Boeing, BAE Systems, Raytheon, and Northrop Grumman. The U. S. companies are big, but there are other large arms corporations in many countries.  The 2013 top ten arms exporting countries in approximate order of total revenue:  U. S., Russia, France, U.K., Germany, Israel, China, Turkey, Netherlands, and Sweden.  This list is approximate because records of arms exports are not well reported.

Getting Control of the Military Industry

This is a tough problem.  Perhaps the best strategy is to watch for and vote for politicians that mention the MICC and oppose armed conflicts. 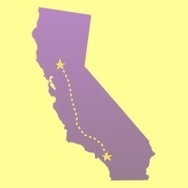 The voices of the 99% have been silenced by the deafening demands of moneyed interests. The principle of “one person, one vote” has been quietly abolished in favor of the corporate mantra, “one dollar, one vote”. As long as this corruption lasts, real change won’t come. It’s time for the millions of Americans who believe in true political equality to stand up and fight.

GR:  The temptations our leaders face overwhelm their objectivity and thus endanger the future of all species.  Let’s accept the limitations of human nature and remove an obvious distraction.

This is not just a California or U. S. problem; human weakness is with us everywhere and we must always intervene when needed to help our leaders.