“The Summit Voice Sunday Set is set aside for scenic landscape shots or nature photo essays, which is usually a nice break from the previous week’s news. But today we have a public service announcement instead. Travel as we know it is threatened by a rising tide of right-wing, nationalistic populism around the world. 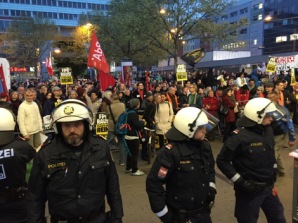 “Living in the new political post-factual, post-truth era is going to require journalists to take their game to a much higher level if they want to regain credibility with readers who have come to distrust any source outside their immediate cybernews bubble. Travel writers could be a big part of the much-needed journalism revival. Nobody is in a better position to help show how interconnected the world has become in the past few decades. It’s an illusion to think that what happens in one country won’t affect many others.