GR:  Record heat and winter fires. More on the way.

“In Colorado today the news was one of fire. There, a wildfire just south of Boulder had forced emergency officials to evacuate 1,000 residents as more than 2,000 others were put on alert Sunday. Smoke poured into neighborhoods as dead trees killed by invasive beetles or a developing drought, exploded into flames. Depleted snowpacks along the front range of the Rockies combined with temperatures in the 80s and 90s on Sunday to increase the fire risk. Thankfully, so far, there have been no reports of injuries or property loss. A relieving contrast to the massive fires recently striking Kansas, Texas and Oklahoma — where farmers and communities are still recovering.

GR:  The U.S. should grant an equal amount of money for family planning with the goal to cut population and food requirements. Anyone can see that continuing to prop up a human population with food needs exceeding local production is bound to fail in time. Moreover, the excessive human population is killing and eating large animals and destroying wildlife habitat.

Why is the U. S. supporting the population? Simple; Mauritania has extensive deposits of iron ore and other minerals. Iron accounts for almost 50% of total exports, but we’ve found oil, and gold and copper mining companies are opening mines in the interior. Despite rising exports and prospects for more, pollution, habitat deterioration, poverty, slavery, and other human abuses occur throughout the country. Not surprising, the income gap is enormous and growing.

Rome — “A total of 285,600 farmers, particularly women and young people in six regions in southern Mauritania will benefit from a financial agreement signed today between the International Fund for Agricultural Development (IFAD) and Mauritania to improve their incomes, nutrition and food security.

“The agreement for the Inclusive Value Chain Development Project (PRODEFI) was signed in Rome by Michel Mordasini, Vice-President of IFAD and Mariem Aouffa, Ambassador of Mauritania to Italy and Permanent Representative to Rome-based United Nations agencies. 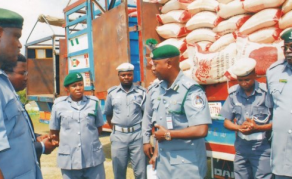 “The total cost of the project is US$45.2 million of which IFAD is providing a US$21 million grant including $6 million grant from the Adaptation for Smallholder Agriculture Programme (ASAP) Trust Fund. 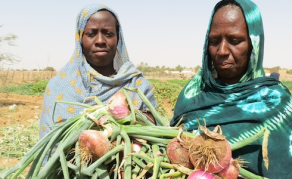 “It is co-financed by the national private sector ($2 million), the Government of Mauritania ($5 million) and by the beneficiaries themselves ($2.2 million). The remaining $15 million will be covered by other financing sources or by the next IFAD financing cycle for Mauritania (2019-2021).” –All Africa (Continue:  Mauritania to Benefit From U.S.$21 Million IFAD Grant to Boost Food Security, Nutrition and Reduce Rural Poverty – allAfrica.com)