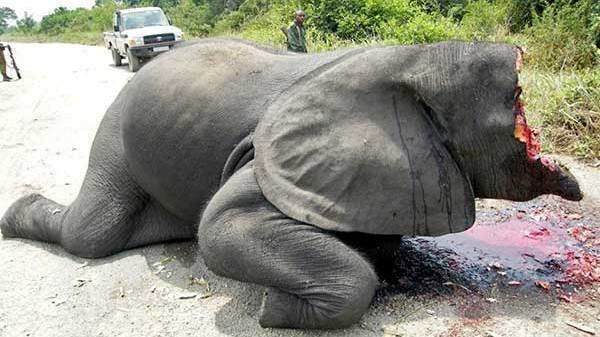 GR:  Lion bones?  Are ignorant people of Asia the most deadly threat to lions and rhinos? Do they also crave Panda and Snow Leopard body parts?  What about American Mountain Lions?  Ranchers of the western U. S. love to kill Mountain Lions.  Let’s hope they don’t start selling the bones to Asians.

Lion remains left at the scene of a wildlife poisoning in Limpopo National Park, Oct. 10, 2016 (Photo by Rae Kokes)

“A mere two kilometers from the Machampane tourist camp, a research team from the Limpopo Transfrontier Predator Project came across the carcasses of two nyala, a warthog and an impala laced with what they describe as a black granular poison.

“Lying nearby were the bodies of two lions, 51 vultures, three fish eagles, a yellow-billed kite and a giant eagle owl. There was evidence of a leopard but its body was not found.” –– Mass Wildlife Poisoning in Limpopo National Park | ENS