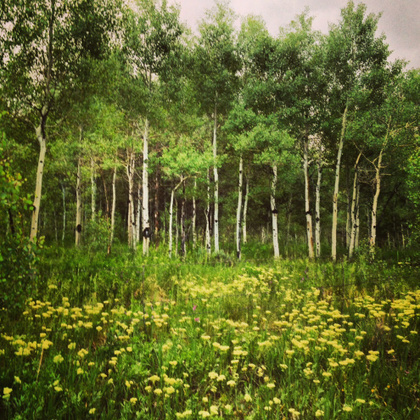 “Giant fires, insect outbreaks could be ‘game-changer’ for some forests

“Even without those large-scale events, some forests appear to be transitioning to shrublands and steppe, and big disturbances could speed that process, according to a new study published this month in Science.“While we have been trying to manage for resilience of 20th century conditions, we realize now that we must prepare for transformations and attempt to ease these conversions,” said Constance Millar, lead author and forest ecologist with the USFS Pacific Southwest Research Station.

“Many forests are remarkably resilient, re-growing after years of logging. But after reviewing numerous forest studies, they concluded that rising global temperatures are resulting in hotter droughts — droughts that exhibit a level of severity beyond that witnessed in the past century.”  Sourced through Scoop.it from: summitcountyvoice.com

GR:  Normal recovery processes can be blocked by drought and eventually by added warmth that increases stress.