GR.–The first superbug resistant to all our antibiotics was reported last month.  I haven’t heard if the thing has begun to spread.  Just as pesticide resistant weeds and insects require steady increases in pesticide applications, so antibiotic resistance requires more and more investment in antibiotic research.  Now, we are behind on antibiotic development. 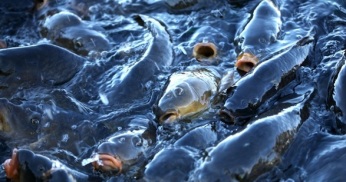 Lorraine Chow.–“The Chilean salmon industry’s rampant use of antibiotics is once again under the microscope after a new report revealed that salmon producers are using record levels of the drugs to treat stocks suffering from salmonid rickettsial septicemia (SRS).

“Following a Chile Appeals Court order, the National Fisheries and Aquaculture Service (Sernapesca) revealed that the country’s salmon producers used 557 tonnes of antibiotics in 2015, with consumption rate per tonne of salmon reaching its highest point in the last nine years at 660 grams per tonne. The previous high was 640 grams per tonne in 2007. Usage was as low as 310 grams per tonne in 2010, Undercurrent News noted. The newest figures were compiled from 46 companies that operate in both freshwater and sea water.

“SRS, or piscirickettsiosis, causes lesions, hemorrhaging and swollen kidneys and spleens in the salmon, and can ultimately lead to death. Chilean farmers have used ever-increasing amounts of antibiotics to try and keep their stocks healthy.