This freakish Winter there’s something odd and ominous afoot.

We’ve seen unprecedented above-freezing temperatures at the North Pole coincident with record low daily sea ice extents. We’ve seen global temperatures hitting new, very extreme record highs. We’ve seen climate change related storms raging across the globe — flooding both the UK and the Central US, firing off record hurricanes during January in both the Pacific and the Atlantic — even as other regions swelter under record heat and drought.

Now, it appears that Greenland is also experiencing an unprecedented melt during wintertime. 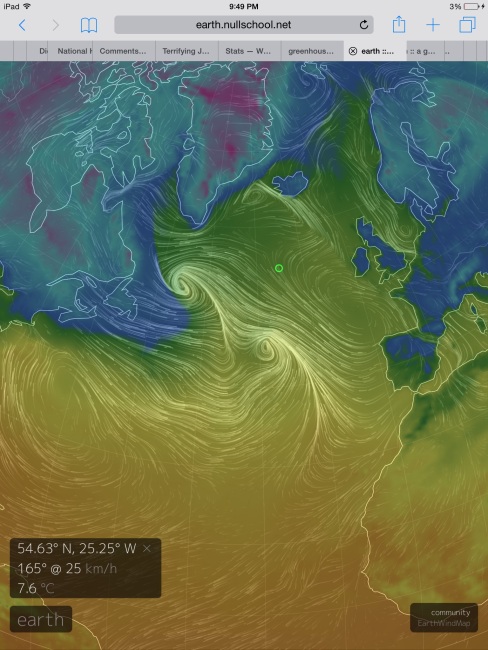 (The remnants of hurricane Alex being pulled into a storm system just south of Greenland on Friday January 15, 2016. An event that then flooded both Baffin Bay and Western Greenland with warm, tropical air. At the same time, Greenland observers both noted what appears to be ice mass losses over Western Greenland as well as…