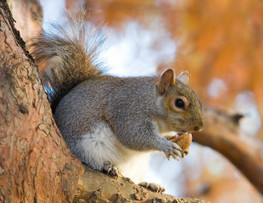 Hundreds of thousands of squirrels will be killed in 2016, thanks to recently approved legislation by the EU. Under this new EU law, the United Kingdom, Ireland and Italy must organize and carry out the slaughter of grey squirrels from next year onwards using methods that include bludgeoning, poisoning and shooting the animals. This cruel practice will be funded by taxpayer money from all EU countries.

Moreover, the cull will continue into the time of year when female squirrels are nursing their young. Thus, the mass murder of nursing females will cause hundreds of thousands of baby squirrels to starve to death. This practice is therefore illegal, as starving animals is considered torture and is in breach of the animal welfare standards set by the World Organization for Animal Health.  From: forcechange.com