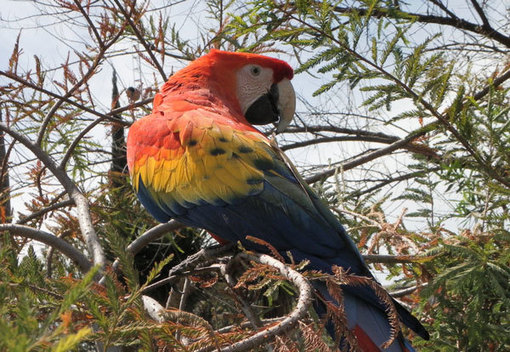 Today is World Wildlife Day – a day created by the United Nations to celebrate the beautiful and varied wild creatures valued by people worldwide. But this day also reminds us of the global threat the illegal wildlife trade poses to these animals.

GR:  Birds, butterflies, lizards, turtles, and more: They’re all victims of capture for body parts or for exhibition. Lizards and turtles, for instance, are easily captured and rarely survive the experience. 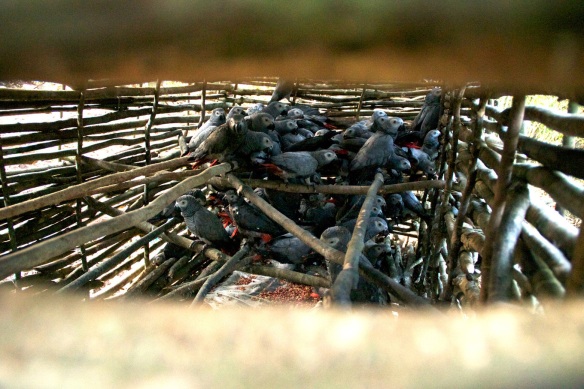 “Grey parrots are one of Africa’s treasures, and seeing them bank and wheel in the skies in noisy flocks, or chatter in the canopies as they forage is a delight and privilege. They surely represent freedom in its purest form. But grey parrots are also the epitome of life behind bars. These intelligent, enigmatic birds are perhaps best known as the feathered entertainers that chirp, wolf-whistle and mimic their way into our hearts from cages in homes across the globe. So this is the story of a special bird that is vanishing from Africa’s forests as fast as morning mist under a tropical sun, and how our fascination for a species can lead to its extermination from the wild.
“The history of the grey parrot’s domestication dates at least as far back as 2000 BC with Egyptian hieroglyphics clearly depicting grey parrots as pets. The ancient Greeks also valued them, as did wealthy Romans who often kept them in ornate cages….”

GR:  We have no moral right to capture and imprison wild animals. The species we take have families and societies, they feel fear and loneliness, and they play important roles in natural ecosystems.  This insensitive practice by humans has created a commercial enterprise that threatens extinction for many species.

In 2010, the U.S. Fish and Wildlife Service (USFWS) proposed listing nine large constrictor snakes as injurious under the Lacey Act, which would significantly reduce the trade of these species as pets. However, in January 2012, only four of the nine species were listed. USFWS is still considering the remaining five species of snakes for listing and is soliciting public comments on the matter.

Large constrictor snakes have become established in parts of Florida and are consuming native wildlife, including endangered and threatened species. Scientists with the U.S. Geological Survey concluded that all nine species of these large constrictor snakes present a “high” or “medium” risk of becoming invasive.