GR:  The article below contains an argument for more people on the planet.  It uses one of the standard homocentric arguments to justify population growth:  A genus among the new people will solve all our problems.  Some of the article’s contents are so biased they are painful to read.  “The shelves are wrapped in certified zero-deforestation leather from Brazil . . . .” and “. . . I’m in love with Timothy Han’s new scent, which features fairly traded Brazilian cedarwood.”  Google “controlling population growth” for more arguments.  One thing you will learn is that controlling growth is extremely difficult.  And with the current economic benefits of more consumers and workers for wealthy investors, it is impossible. 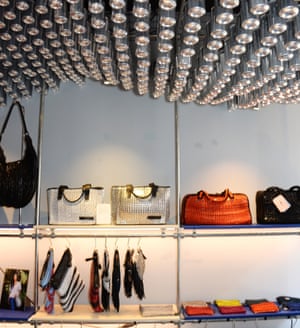 Lucy Siegle, Sunday 12 June 2016.–“The regularity with which I’m contacted by population worriers – people who think it’s pointless discussing green energy, climate change and ethical pensions when the elephant in the room is actually the new human in the room – is impressive. They say that the planet needs fewer people. End of.

“The numbers are indeed eye catching. Today there are 7 billion humans alive (twice the number who were alive in 1965) – and each hour we add 10,000 more. By 2050, UN demographers predict, there will be at least 9 billion of us putting a strain on life-sustaining resources.

“Some experts suggest we’re at “peak farmland”, – meaning the predictions of cleric Thomas Malthus, who published his population theory in 1798, are coming to fruition. Malthus suggested that our global population would outpace food supplies until war, disease and famine arrived to halt the party.I prefer to be Pollyanna-ish about it: rather than fearing more people, let’s believe that the new ones will make a difference, fix the energy gap, work out how to develop sustainable protein sources and so on [emphasis by me].”  Continue reading:   The eco guide to population growth | Environment | The Guardian