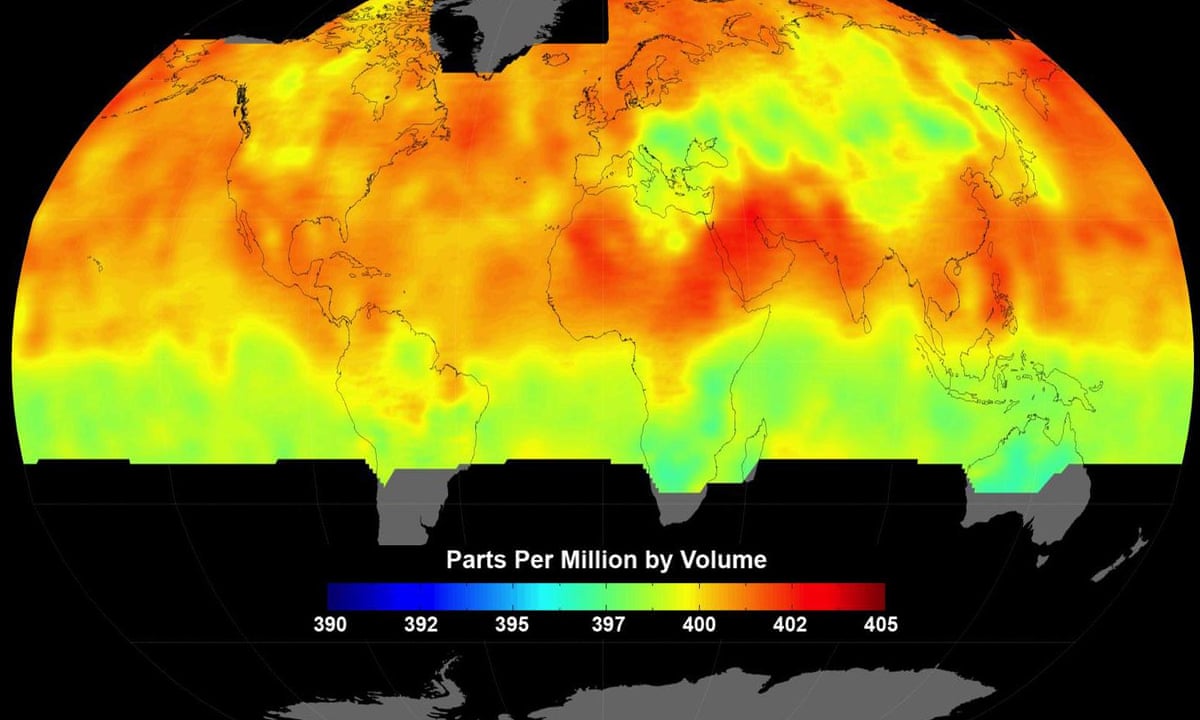 Arthur Neslen, Monday 13 June 2016:  Scientists warn that global warming target will be overshot within two decades, as annual concentrations of CO2 set to pass 400 parts per million in 2016

Atmospheric concentrations of CO2 will shatter the symbolic barrier of 400 parts per million (ppm) this year and will not fall below it our in our lifetimes, according to a new Met Office study.

Carbon dioxide measurements at the Mauna Loa observatory in Hawaii are forecast to soar by a record 3.1ppm this year – up from an annual average of 2.1ppm – due in large part to the cyclical El Niño weather event in the Pacific, the paper says.

The surge in CO2 levels will be larger than during the last big El Niño in 1997/98, because manmade emissions have increased by 25% since then, boosting the phenomenon’s strength.