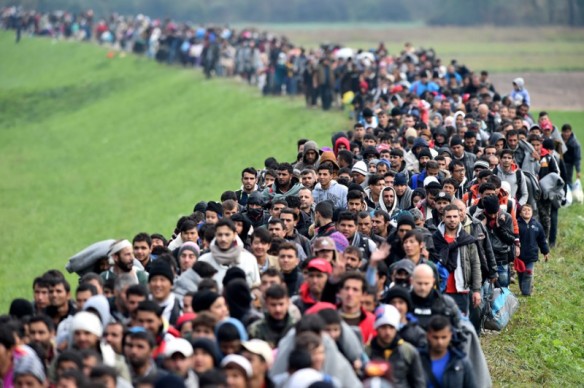 “Leon is an Advisory Board Member and Senior Writing Fellow with CAPS. A wildlife biologist, and environmental scientist and planner, Leon is the author of “Where Salmon Come to Die: An Autumn on Alaska’s Raincoast” and was a contributing writer to “Life on the Brink: Environmentalists Confront Overpopulation.”

“The writer’s views are his own.

“The world’s population grew by 89 million in 2015, according to the demographers at the respected Population Reference Bureau (PRB) in Washington, D.C., who have been compiling and analyzing demographic data since 1929. In mid-2016, we stand at approximately 7.4 billion people, and counting. Counting very rapidly, in fact.

“In 2015, there were 57 million deaths worldwide, far surpassed by a staggering 146 million births. Every minute, on average, there was a net increase of some 169 people, and every day, an already overburdened Mother Earth had to somehow furnish food, clean freshwater, wood, energy, land, raw materials and a safe, stable climate for 244,000 new claimants and consumers.

“It has been practically an article of faith for us population scholars and activists that global population growth has been slowing down as families worldwide opt for fewer children and girls and women are educated, empowered and employed. Global fertility rates and family sizes have indeed plunged in most regions over the past half-century, and contraceptive use and family planning have risen dramatically, again, in most, but importantly, not in all, regions.” Continue reading: World Population Growth Is Speeding Up, Not Slowing Down; No Peak in Sight and Consequences Will Be Catastrophic | Californians For Population Stabilization

Illustrations from the article:

1 thought on “World Population Growth Is Speeding Up, Not Slowing Down; No Peak in Sight and Consequences Will Be Catastrophic”