GR:  Americans know more about global warming than we thought. Most Americans from all political parties, recognize the threat from global warming and want the President and Congress to deal with the problem. Here’s what they said: 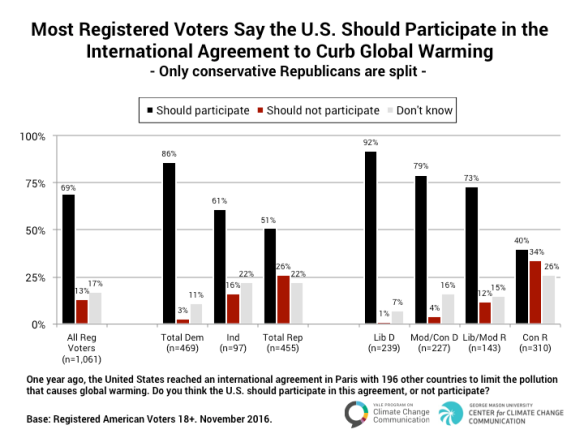 “Drawing on a nationally representative survey (n=1,226; including 1,061 registered voters) conducted soon after the 2016 election, this report describes how American registered voters view a variety of current and proposed global warming and clean energy policies. 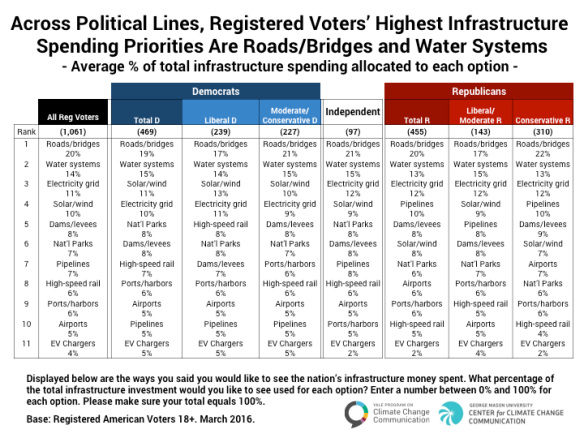 “Registered voters support diverse energy policies, including many designed to reduce carbon pollution and dependence on fossil fuels, and to promote clean energy. Democrats are the most likely to support such policies, but majorities of Independents and Republicans do as well.” —Anthony Leiserowitz, Edward Maibach, Connie Roser-Renouf, Seth Rosenthal and Matthew Cutler