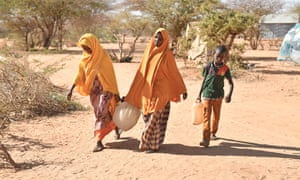 Six years ago, scientists said we need a huge cut in greenhouse gas emissions by 2015. Now what?