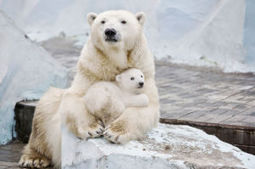 MADRAVENSPEAK “Consider this. What if all life on earth could go extinct because of man-made climate change?” — “Last Hours” documentary.

There is little, these days, that brings state power in line

with the best interests of the public or the planet. Those in power devour Koch money for breakfast and deliver destruction of the planet all day long.  Concentrated corporate and special-interest power monetize what was sacred, and have taken over governments, including our own, cannibalizing the planet to exhaustion. This trajectory is accelerating such that this may be the last century of life on this planet. Each of the five former known extinctions eradicated more than half of life on earth. Several of them involved global warming.

Everyone should watch Thom Hartmann’s short “Last Hours“, a preamble to a documentary in the works, covering the projections of how climate change will likely play out. Rather than a meteorite, our greatest threat is “under ground, under water, under the ice, where trillions of tons of carbon lie in wait in the form of frozen methane.”

GR:  The “Urgent Care prescription” at the end is worth reading and discussing.