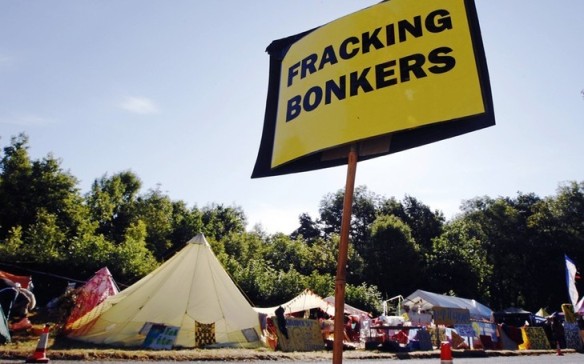 Support for fracking in the UK has fallen, with less than a quarter of the public now in favour of extracting shale gas to meet the country’s energy needs, according to official government polling.

The latest Department of Energy and Climate Change public opinion tracker, published on Tuesday, shows that public support and opposition is now evenly matched at 24 per cent, while almost half of respondents said they were neutral on the issue.

The findings stand in contrast to those of a poll published on Monday by the UK Onshore Operators Group, which represents fracking firms, which found that 57 per cent were in favour and just 16 per cent against.

GR:  Cameron’s support for fracking is typical of governments everywhere that are willing to sacrifice the environment for economic benefits.  Cameron is going to find it more and more difficult to support fracking as negative public attitudes increase.

1 thought on “Support for fracking has declined to 24 per cent, energy department finds – Telegraph”