The Future of Population Control? 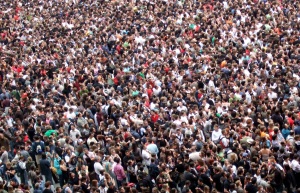 We humans will eventually solve our population problem–not voluntarily–but by our own actions.  Here are some of the human-caused factors responsible for reduced births and longevity:

In the post below, Scribbler reviews some of the diseases related to climate change.

“As of today, authorities in Brazil, Colombia, Jamaica, El Salvador and Venezuela were urging women to avoid getting pregnant… It is unthinkable. Or rather, it is something out of a science fiction story, the absolute core of a dystopian future.” — Bill McKibben in a recent statement on global warming and the now pandemic Zika virus.