GR:  This is the best discussion of the cause of coral death in Australia’s Great Barrier Reef I’ve seen–it’s people. 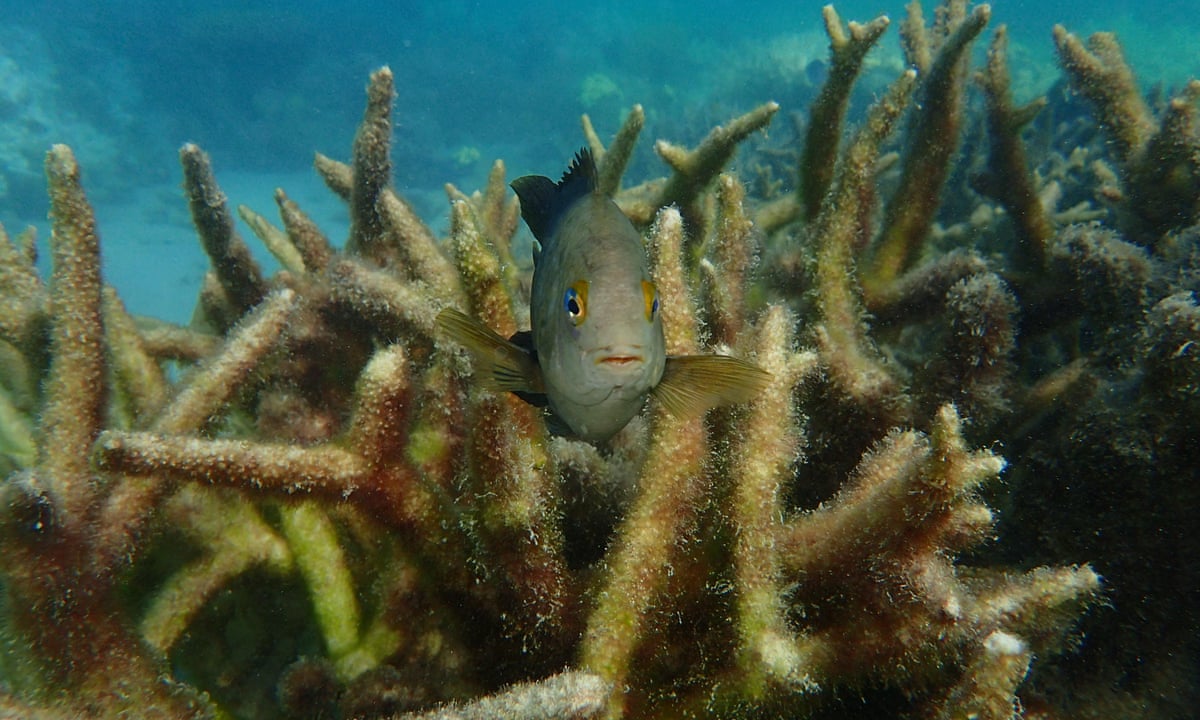 Graham Readfearn:  In late November 2015, as corals across the northern section of the Great Barrier Reef started to bleach white, the game was finally up.

For years, Australians had been told the country’s jewel in the ocean’s crown was on the mend. Only months earlier the Coalition government had won a two-year fight to keep the reef off a United Nations list of world heritage sites in danger.

The stakes were high. International reputations and tourist dollars were at stake. The foreign minister, Julie Bishop, and the trade minister, Andrew Robb, had even attacked Barack Obama, who feared for the reef’s future.

The reef was not in danger, Bishop insisted. The president was misinformed, claimed Robb.

Conservative commentators hanging around News Corp media have said the dangers to the reef were overblown.

The mining industry cast the views of environmentalists as green propaganda, ignoring how for the most part, conservationists were echoing the findings of the government’s own scientists.

Now, about half the corals bleached in the once pristine northern section are dead or dying.  More– How the Great Barrier Reef got polluted – from farms and fossil fuels to filthy propaganda | Graham Readfearn | Environment | The Guardian