“Pennsylvania, in 2014, almost became the 50th state to ban live pigeon shoots. For the geographically challenged, that would be all of them, finally, pitching the anachronistic nonsport onto the trash heap.

“The votes looked good. The Senate passed the bill in mid-October on a 36-12 vote. It had to go to the House. It needed a vote in that chamber to reach the governor’s desk.

“But first, it had to get through the House Rules Committee, and that is where the bill that had taken flight better than it ever had in the decades that it’s been sought, hit with a splat and died.

“What killed it was a barrage of political donations from the Flyers Victory Fund, a political action committee that supports the shoots. The fund kicked out $20,000 for members of the House Rules Committee — a grand apiece plus $3,000 to its boss, Rep. Mike Turzai. So for $1,000 each, and a little extra gravy for the chief, the Flyers assured that those who still wish to take part in the practice will be able to legally do so in Pennsylvania for at least a while longer. Politics is worse to watch than even a live pigeon shoot.

“One positive: Four members of the Rules Committee returned the money. They were Reps. Bill Adolph Jr., Mark Mustio, Robert Godshell and Thomas Killion — all Republicans. It appears the other 14 Republicans and all 15 Democrats tucked the cash into their war chests and moved on. If I’m wrong, I’m sure I’ll hear it. My information came from campaign finance reports dated through late November” (read more).

The desperate search for funding drives politicians and nonprofits into relationships harmful to the welfare of their constituents.

Great Cats of the "World"

The World Wildlife Fund in Africa, is in bed with the USA Pro-Hunting Lobby Groups: DSC, SCI and NRA. They have vested interests because they are controlling funding streams and imposing their Hunting Agendas first, which, means they are directly influencing and manipulating ALL the African Countries; to maintain a Trophy Hunting Stance.
Please sign this very important petition. We need to raise awareness to STOP the corruption in the WWF in Africa. They are blatantly exaggerating wildlife population numbers and data and they are misusing global WWF Charity Donations, whilst, creating opportunities for the Trophy Hunting Industries in Africa to flourish………………….. 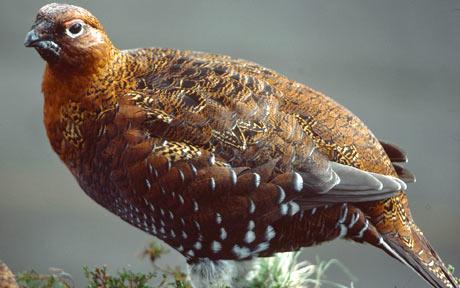 “Responsible department: Department for Environment, Food and Rural Affairs.  Intensive management of upland areas for the ‘sport’ of grouse shooting has led to the near-extinction of the protected Hen Harrier in England, as well as increased risk of flooding, discolouration of drinking water, degradation of peatbogs and impacts on other wildlife (Red Grouse Photo:  CORBIS).”

GR:  Hunting is not a human right to be protected until all of the desired species are gone.  Sport hunting should be banned completely.  More and more species’ populations are falling to dangerous levels.  Protection, not preying, is what is needed now.  Hunters need to take up photograph, and if that isn’t violent enough, they can try boxing or football.

GR:  Offer sport-hunting alternatives.  For instance, tag and photo trophies.  A paint-ball tag would show one’s skill, and a photo would document the skill for friends and acquaintances.  Or, offer opportunities to enlist in the war on illegal wildlife trade and join protected poacher patrols and, you know…. 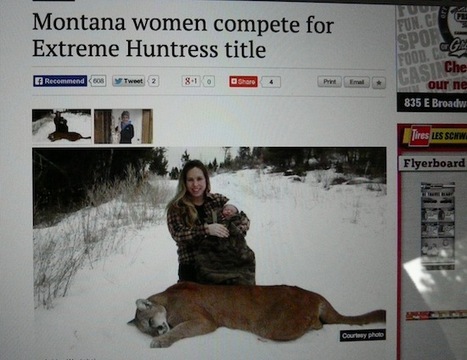 Kathleen Stachowski   Other Nations.  “How extreme does one have to be to earn the title of “Extreme Huntress”? Don’t let the diminutive -ess suffix trick you into thinking this title is a shoddy substitute for the real (male) deal. These women will get up off their childbirth bed to score a trophy–and tote two-week-old Junior along for the thrill of the kill.”

GR:  If we do not find ways to curb the killer defect in humans, one day we will be placing Mountain Lions on the endangered species list and then on another day they will all be gone.

Visit the Animal Blawg for this story, and note the fine list of animal rights resources on the sidebar.