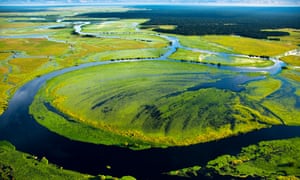 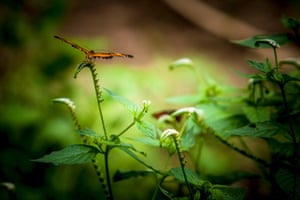 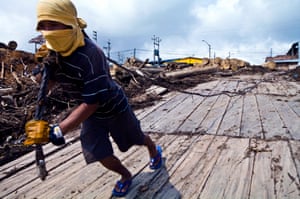 China’s taking it all Reuters/Jianan Yu

“China, with its rapidly urbanizing population, is the world’s biggest importer of wood products. And in its dealings with Mozambique, it is increasingly buying timber that is illegally harvested, according to a new report (pdf). The nonprofit Environmental Investigation Agency compared Mozambique’s official harvest numbers to global import numbers and calculated that 93% of Mozambique’s timber was illegally harvested in 2013, up from 76% in 2007—and most of that goes to China.

“That’s perhaps no surprise; Mozambique is poor and timber is a good source of income. But the level of illegal logging and timber smuggling for the Chinese market is way beyond sustainable levels, despite claims to the contrary by Mozambican officials, according to the EIA. If the excessive focus on just a handful of commercial timber species continues, the country’s commercial stocks will be largely depleted in the next 15 years.

The illegal exports mean that Mozambique suffered losses of $146 million in potential export and exploration taxes from 2007-2013, the EIA says. That could have covered the 2014 state budget for poverty-alleviation programs more than twice over. It could, alternatively, have covered 30 years of law enforcement for Mozambique’s National Forest Program, according to the report from the EIA.

“What’s worse, if illegal logging continues in order to meet China’s demand, the number of “first” and “precious class” woods—the species of woods China imports—will be completely depleted by 2029. “China wants the timber as raw in form as possible,” said Jago Wadley, Senior Forest Campaigner at the EIA. “They don’t want to invest in manufacturing or invest in the country they’re operating in.”