GR.–It appears that developers want to leave the EU for the same old reason; they want fewer restrictions on their use of natural resources to make money.  Does the youthful EU yet hold on to some ideals–ideals eroded by greed and enterprise in older governments?

John Vidal.–“Residents in the Ukip stronghold of Clacton-on-Sea are rightly proud of their clean beaches, fresh air and wildlife. Would they still vote leave if they knew the things they love about their town are thanks to EU membership? 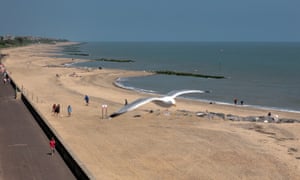 “Virtually all of Essex’s intertidal coastline is designated by Europe as a special protected area, and has the strongest level of European protection. Photograph: Martin Godwin for the Guardian

“Neil Stock, leader of the Conservative Tendring district council has decided to remain neutral on the in/out question because of the strong Ukip contingent on the council. “But I must say we probably would not have a lot of what we have here without Europe. People like the clean beaches and the nature reserves here and yet they are the ones frothing at the mouth about the EU,” he says. “Credit where it’s due. The environment is the most positive reason [for staying in EU]. It would take the most rabid ‘outer’ to deny that.”  Continue reading:   Brexit-on-sea: Why do voters on Essex’s protected coast want out of Europe? | Environment | The Guardian

1 thought on “Brexit-on-sea: Why do voters on Essex’s protected coast want out of Europe?”