Shubert Mwarabu promotes the grassroots campaign to save Tanzania’s elephants at a festival in Iringa, in the southern highlands. PHOTOGRAPH BY MOHAMED MVUMBAGU, FEMINA HIP

“Until Shubert Mwarabu saw a photograph of an elephant with its face hacked and bloodied, poaching was an abstraction. He didn’t know anything about ivory trafficking, or even what ivory was used for. That was in 2011, and the Tanzanian musician was 25.

“The photo had a powerful impact on him, and from then on, he says, he threw himself into the fight to save Tanzania’s elephants.Mwarabu, who previously had organized clubs in primary schools for advocating against child abuse, now started school conservation clubs. He composed songs about protecting elephants. His first, called “Let’s Talk About Poaching,” or “Tupige Vita Ujangili” in KiSwahili, was played on Tanzania’s national radio station.

“His efforts have been noticed in Tanzania and beyond. The California-based nonprofit Generation Awakening, which works to support young environmental activists, appointed him their first country ambassador.

“In October 2013, Mwarabu launched a one-man campaign, naming it Me Against Poaching, to show that change can come from a single person.

“Now he’s leading the first organized citizen campaign to lobby the Tanzanian government to halt the ivory trafficking that has made this East African country ground zero in the slaughter of Africa’s elephants. Okoa Tembo wa Tanzania, “Save Tanzania’s Elephants,” succeeded in making conservation an election issue in the hotly contested presidential race, Mwarabu says.” –Maraya Cornell (How This Tanzanian Musician Made Ivory a National Campaign Issue)

WATCH on the original post: A video aired in 2013 shows investigative journalist Aidan Hartley attempting to gain access to a maximum-security warehouse in Tanzania that holds perhaps the world’s largest cache of raw ivory. Maintaining this stockpile is expensive. Moreover it can’t legally be sold. So why not follow Kenya’s example and burn it! 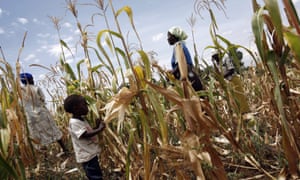 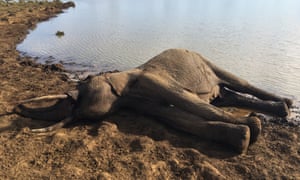 Lost Animals: Extinction and the Photographic Record by Errol Fuller

This book was hard to read. As you pass from one tragedy to the next, you gather sadness like a rolling ball gathers snow. More than a simple chronicle, there is deep concern here. I recommend it.

View all my ratings/reviews

“Prized timber is being felled illegally at increasing rate despite Cites ban and environmental outcryAnother day draws to its end in Antanandavehely, a peaceful village on the eastern slopes of the Masoala peninsula, the largest nature conservation…” (Source: www.theguardian.com).

GR:  Prosperous people in all countries are contributing to plant and animal extinctions.  International businesses, legal and illegal, are responsible for the marketing and delivery that produce profits for the wealthy minority. In all countries, the poor majority cuts the trees, picks the grapes, catches the fish, punches the cows, and loads the trucks.

Target: Juliana Machada Ferreira, Wildlife Conservationist
Goal: Thank Ms. Machada Ferreira for working to stop the illegal poaching and trafficking of wild animals.
In Brazil, wildlife trafficking is a two-million-dollar industry. Every year one hundred and eighty million animals are taken from the ecosystems of Brazil to satisfy the demand for exotic pets both in Brazil and around the world. Most of the animals that are poached are birds like wild songbirds, macaws, and parrots. Yet, conservationists face a serious challenge in that keeping an exotic bird as a pet in Brazil and many places in the world is a deeply rooted cultural norm. Thankfully, conservationist Juliana Machada Ferreira is working to educate consumers on the ecological impact of their choices and bring wildlife trafficking to an end  Source: animalpetitions.org

GR:  People must come to understand that many of the animals for sale in pet stores and on display in circuses and zoos were stolen from their native homes.  Some of the most beautiful and most trusting species have been devastated for human entertainment.  Please help.

“Whether you view wildlife as a resource or an elemental responsibility of our very humanity, it is under threat. And nowhere is this threat more evident than across the grasslands and forests of Africa where iconic species such as Elephant and Rhino are under threat.
This threat is intensifying as African development stutters, populations grow and Asian demand increases. The result of these factors and modern communications is a new type of organized crime that connects this demand to communities surrounding parks and reserves.
Attention is needed at the market end of this chain and in the middle sections of transit. The new UAV technologies however presents a very real and immediate opportunity to tackle this problem at the source. Bathawk Recon is a practical focused tool to do just that.”

GR:  This private start-up company is offering wildlife monitoring services aimed at preserving African wildlife.  As clearly stated on the website, monitoring is only one part of a complex problem.  Let’s offer what support we can, and hope the company succeeds.  We need more businesses that contribute to general goals.

Purchases of small trinkets support organized crime and wipe elephants from the face of the Earth forever.

This extraordinary video puts the killing of our elephants and rhinos into perspective. Ultimately it all starts or stops with YOU as the consumer. Please watch and share.

10,000 elephants…that’s how many elephants have been slaughtered in just one African nation in 2013 to feed China’s greed and ivory lust. That’s nearly 30 elephants killed each day. According to the EIA (Environmental Investigation Agency), Tanzania…

This article includes ways to get involved.

The little-known Sumatran serow is hunted and traded in Peninsular Malaysia, in violation of wildlife laws.

GR:  The ultimate selfish act:  Eat a species to extinction–not in ignorance, and not to survive, just for potential health benefits for a few wealthy humans.  Of course, eating wild animals to survive will also extinguish them.