GR: Our grandchildren will probably see the last of the wild apes, elephants, giraffes, lions, and tigers. We humans are eliminating Earth’s wild animals. Though some of us might feel remorse, most of us are more concerned with our daily routine: struggling to acquire wealth, satisfying desires, interacting with family and friends, and shopping at Amazon and Walmart (our leaders are like the rest of us except they wouldn’t be caught dead in Walmart). Last week there was a teacup storm over the raw truth of climate change. The true disaster is the careless and relentless destruction of nature in which human-caused climate change joins farming, fishing, hunting, dumping, and urbanization as an instrument of nature’s destruction. Can anything stop the human juggernaut’s inexorable destruction of nature? It appears that, like an avalanche, it will continue until all human potential is gone. Sad.

“The world’s last remaining tigers are living under severe threat of extinction, having lost 93 percent of their historical range and suffered a population crash of 95 percent during the past century.

“The major threat to their continued existence on Earth is poaching to meet the high demand in Asia for their parts and derivatives.

“This demand is exacerbated by the legal trade in lion bone, so it was with dismay that the Environmental Investigation Agency witnessed the Convention on International Trade in Endangered Species (CITES) 17th Conference of the Parties last year decide to allow South Africa to export up to 800 lion skeletons a year—as long as the lions were sourced from captive breeding facilities in South Africa.

GR:  Lion bones?  Are ignorant people of Asia the most deadly threat to lions and rhinos? Do they also crave Panda and Snow Leopard body parts?  What about American Mountain Lions?  Ranchers of the western U. S. love to kill Mountain Lions.  Let’s hope they don’t start selling the bones to Asians.

Lion remains left at the scene of a wildlife poisoning in Limpopo National Park, Oct. 10, 2016 (Photo by Rae Kokes)

“A mere two kilometers from the Machampane tourist camp, a research team from the Limpopo Transfrontier Predator Project came across the carcasses of two nyala, a warthog and an impala laced with what they describe as a black granular poison.

“Lying nearby were the bodies of two lions, 51 vultures, three fish eagles, a yellow-billed kite and a giant eagle owl. There was evidence of a leopard but its body was not found.” –– Mass Wildlife Poisoning in Limpopo National Park | ENS

The lion, long regarded as the king of wild African landscapes, is now rapidly vanishing from much of the continent.

Where perhaps 200,000 of them roamed across Africa in the mid-twentieth century—and an estimated 500,000 in pre-colonial times—only about 20,000 now remain.

Half of those are likely to disappear over the next two decades, according to a report out today in the Proceedings of the National Academy of Sciences (PNAS).

They are being crowded out by habitat loss, depletion of their prey base by bushmeat hunters, and retaliatory or preemptive killings to protect livestock and people—all symptoms of a sub-Saharan human population on track to grow to four billion people by the end of the century.

Poorly regulated sport hunting also contributes to the problem, according to the report.

Weirdly, this catastrophic decline of one of the most celebrated species on…

Wildlife and Forest Crimes can be better understood in their complexity and disastrous effects through stories and case studies.

Wildleaks gives whistleblowers and witnesses of wildlife crime a secure place to report their evidence. 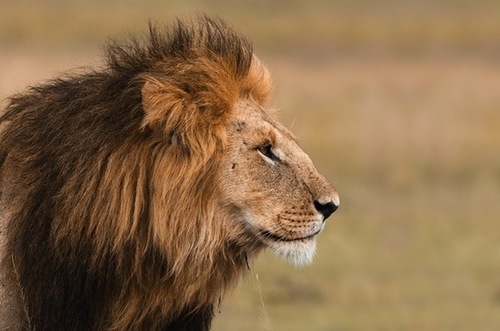 A program to protect lions in Kenya has proven astonishingly effective, nearly eliminating all lion killings by locals.