Blogging about Nature:  Introducing Garry Rogers on the League of Bloggers for a Better World

My blog posts are about nature, about wildlife and its habitat (posts). They are expressions of my concerns for natural conditions and events.

During the past year, 2015, lethal heat waves and storms, decline of the great iconic species of elephants, lions, and rhinos, whittling away of the tropical rain forests, and massive clouds of air and water pollution made it clear that humanity is changing the Earth.

More than just the great species, we are eliminating many other species hundreds or perhaps thousands of times more quickly than ever achieved by meteorites, volcanic eruptions, or natural climate change.

Total extinction of a species usually happens after decades of decline.  In 2014, the World Wildlife Fund and other organizations carried out an exhaustive analysis of more than 10,000 wildlife studies (download the report).  They wanted to know how wild plants and animals were holding up against human activities. They learned that from 1970 to 2014, just 44 years, the total number of animals on Earth declined by more than 50%!  Rates of decline vary across species groups.  Birds, for instance declined by 40%.  Other groups, especially those dependent on freshwater, have declined by 70%.

What evolution took billions of years to produce, we humans are destroying in a tick of geologic time.  We are changing the planet so quickly, that not by migration, and certainly not by natural selection, can plants and animals cope. If we continue our activities at their current rate, in only a few centuries, we will turn the Earth into a factory farm of cities, farms, feedlots, and roads with only the tiniest fraction of our native creatures surviving on the fringes.

I often write brief comments without listing my sources. I am always happy to respond to requests for explanations.

What is the Nature Conservation News?

My online Scoop.It newspaper, Garry Rogers Nature Conservation News began operating last September.  It presents news stories called scoops.  My scoops are mostly concerned with animals and their interactions with humans.  I sometimes scoop interesting items about writing, and I scoop the rare items of science fiction news that involve stories and books with a nature conservation theme.  This post is a request for your help with scoop suggestions.  (Visit the news). END_OF_DOCUMENT_TOKEN_TO_BE_REPLACED

What is Intelligence and How is it Used in Fiction?

Familiar components of intelligence are reaction time, sensitivity, problem solving, foresight, and memory.  Novelists often elevate one or more of the components to make their characters more interesting or to give them the necessary ability to achieve plot elements.  Sometimes we pick up hints that a character is intelligent and then we are delighted when she almost magically connects disparate clues and solves the crime.  Dr. Who and Sherlock Holmes are spectacularly successful at this.  In other instances we enjoy watching a character’s routine use of his powerful intellect.  It is fun to watch Lee Child’s Jack Reacher use his exceptionally acute hearing to follow the progress of a professional tail who thinks Reacher is totally unaware of his presence.

Characters are also defined by their temperament, they way they experience and express anger, love, jealousy, regret, and so forth.  Temperament might seem to be the only real concern for character building, because it so clearly distinguishes individuals.  Intelligence, however, sets limits on the expression of temperament.  A smart wise-ass is more likely to produce interesting insults than a dumb one.  And an intelligent character is more likely to notice a detail such as the shape of a tree and see the connection between shape, competitive ability, and history of the tree.  Intelligence determines the depth and richness of a character’s response to experience.

What produces intelligence?  We know that brain size, composition, and internal connectivity are involved, but we only know that these are correlated with measured intelligence (see the references).  We do not know how they work, and we do not know the full list of factors that are necessary.  Perhaps high intelligence requires the presence of structures such as complex hands, thumbs, and voice box, or perhaps an undiscovered chemical.  Whatever the requirements, why haven’t they been met in many complex organisms?  Why aren’t all animals intelligent?

The theme and plot for “Corr Syl the Warrior” required highly intelligent characters with powers of thought beyond human ability.  I used evolution to create them.  I imagined an Earth on which evolution, in its gloriously random way, included intelligence among the traits of the first higher organisms.  I imagined that intelligence was common to all animals, and that along with other character traits, natural selection would continue to improve intelligence.  By the time dinosaurs appeared, most animals were as intelligent as humans are now (see the references).

Before I could use intelligence in my story, I had to answer numerous questions.  A central question concerned competition and conflict.  Would the many intelligent species on Earth have lived and worked together peacefully?  Or would they have built weapons and fought wars?  Observing the warlike tendencies of our modern human civilization, we might expect that universal intelligence would have raged across the Earth like a firestorm leaving nothing behind, perhaps not even the planet itself.  So this is what I decided must happen:  🙂 END_OF_DOCUMENT_TOKEN_TO_BE_REPLACED

Thanks to all the 11,000 animal–nature–science fiction lovers who visited my Scoop.it paper and followed my Tweets.  You are so good-looking–just fabulous!

Spam is unavoidable on Twitter, but I have culled many off-topic fans, and I am confident that most of the 11,000 visitors and followers are people with genuine interests in animals, nature, science fiction, and writing.  Spam is not yet an issue for my Scoop.it paper.

Now would be a good time to visit #EcoSciFi and @Garry_Rogers and see what’s new.  I would be delighted to have your participation.

Vote for Corr Syl at Booktown

You could help me win October Book of the Month for Corr Syl.

Please vote for Corr Syl the Warrior for October Book of the Month on Booktown.  Corr Syl Reviews

Insights from My Book Reviews

Indie authors read a lot about the promotional value of reviews.  Here I wanted to comment on the feedback I have received.

First, it is worth noting that early book reviews sometimes influence later ones.  The influence appears in the similarity of the topics mentioned and even the phrases used.  Still, there is collective value in the insights the reviews provide.

It is also worth noting that Corr Syl is my first novel.  I have much to learn, and the value I derive from reviews will probably increase as my knowledge and experience increase.

Most of the 17 book reviews of Corr Syl has received mention the book’s conservation theme.  I had worked to keep the theme firmly in the background, and expected that Immediacy, the Tsaeb philosophy of consequences would receive more attention.  Immediacy indirectly explains humanities many flaws.  Didn’t happen, but I am relieved that none of the reviewers felt that the way I presented the conservation theme was so didactic that it interfered with their enjoyment of the story.

One of the book’s other themes is Corr Syl’s “coming of age” experience.  This is a steady influence throughout the novel, and it is one of the factors in determining the conclusion.  Nevertheless, only one reviewer picked it out as a principal element, and most don’t mention it.  It is a common story element, however, and is probably essential even if not remarkable.

Reviewers mentioned some of the other important elements of the story–the nature of perception and of intelligence, and Corr Syl’s plan for repairing human society–but they said little about them.  I am eager to see what other reviewers will say about these topics.

Some of the reviewers noted that the story is hard science fiction, but others called it fantasy or mixed the two types.  The difference, of course, is that all the propositions contained within a science fiction story must have explanations that meet the testability criterion.  If the events and features have no testable explanations, they aren’t science, and the story is fantasy or magic.  Stories often contain a mix of testable and untestable ideas, and are properly called “science fiction and fantasy.”  Unlike hard science fiction author, Robert Forward who commented that his story provided a basic lesson in physics, I did not try to explain the evolutionary processes that could produce my principal story elements.  But I tried to stay within the limits of what was actually possible.

Another interesting thing about these first 17 reviews, is that most of them mention that Corr Syl and the other characters are well-developed.  As I worked on the story, I learned that I am more of a plot than a character writer.  I always felt that the characters needed better back-stories and traits of their own, or as Kris Neri says better “hidden” stories.  Nancy Kress teaches that back-stories determine character traits and reactions.  The back-stories need to be clear in the writer’s mind.  If not, inconsistent behavior can occur and distract readers.  Since my characters are acceptable to some critics, I am further convinced that Roy Peter Clark must be right, writing can be learned.

Read the Latest Book Reviews of Corr Syl the Warrior

Readers’ Favorite sent Corr Syl the Warrior out for review in September.  The five reviews received include three 5-star and two 4-star reviews.  Click here to read Lit Amri’s review and the comments by Bill Howard and others

Corr Syl the Warrior is in the Booktown Book of the Month contest.   You can vote for it here (scroll down when you get to Booktown’s site).

Want to Be a Reviewer?

I am happy to send free books to reviewers.  If you want to review Corr Syl the Warrior, use the comment form to send me your email address for a Kindle eBook, or your mailing address for a paperback.  The books ship direct from Amazon.  Amazon is the best place to post reviews.  You have to mention that you received a complimentary copy from the author. 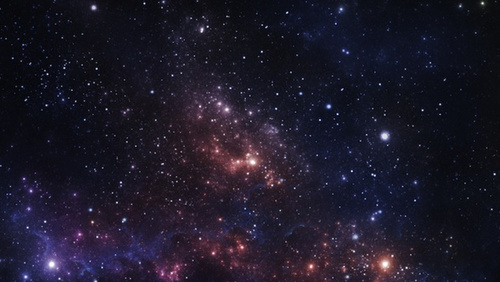 In today’s comments we fretted over the definition of average, oohed and aahed over some DIY costume skills, and (with the help of Gravity’s science advisor) teased out the precise intersection of science and story-telling.

When the science is inaccurate the story is no longer science fiction.  It becomes fantasy.  That’s fine, but even fantasy has rules.  Departure from accuracy without new rules can get you bad reviews.

Taking this side of the question is Clive Thompson, author of the new book Smarter Than You Think: How Technology Is Changing Our Minds for the Better. Thompson says he is “regularly astonished by the quality and length of expression I find online, the majority of which is done by amateurs in their spare time.”

The length part, at least, is inarguable. Thompson, a journalist who has specialized in covering technology, asserts, “Before the Internet came along, most people rarely wrote anything at all for pleasure or intellectual satisfaction after graduating from high school or college.” Now, according to his back-of-the-envelope cyphering, people compose about 3.6 trillion words a day via e-mail, blogs, and social media—the equivalent of 36 million books, give or take.

So, does frequent writing provide beneficial practice and improvement regardless of length?

Diane Lockward provides a list of print journals that accept online submissions.  As of