Among those neglected landscapes of the mind, though, the territory that seems most crucial to me involves the role that stories play in shaping our ideas and expectations about the future, and thus our future itself.

GR:  I have to agree that stories influence expectations and thereby reality.  If you think about it, you might find that your life expectations began with a story or stories you read in your youth.  Greer describes two new EcoSciFi (or CliFi) anthologies filled with stories about the fading dreams and the new future we’ve created. 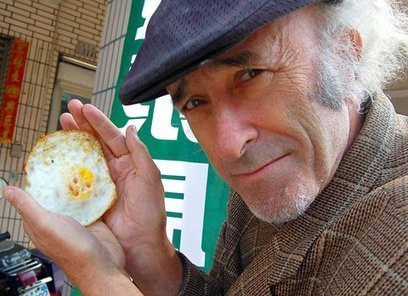 Dan Bloom, a native of Massachusetts and a graduate of Tufts University in Boston where he majored in world literature  has spent the last 40 years working as a journalist and newspaper edit…

GR:  Hmm, I guess CliFi doesn’t have to be SciFi.  The science could be untouched by speculation.  Stories about people in the real world we’ve created could be crime, mystery, romance, whatever.

A reader of my novel, Corr Syl the Warrior, emailed a review today that I decided to share.  The novel is my first attempt to use fiction to promote nature conservation.  Arizona librarians chose it as Arizona’s 2014 OneBookAZ for teen readers.  You may download the eBook free from www.OneBookAZ.org.

“Corr Syl the Warrior by Garry Rogers surprised me. From the book cover and the title I thought I was in for a sci-fi romp through the galaxy. Although that would have been fun I was much more entertained and brought to my senses with a touching story of Corr, a rabbit with super intelligence and his friend Rhya. I felt the communal sense of the animal kingdom from the up close observations of several other animal characters as Corr is introduced. In Garry’s book, what stands out are the feelings his characters evoke through their thoughtful and sapient actions. The environment is at risk here. That message is clear. Corr, with a tender heart, leads his tribe, the Tsaeb, to conquer misguided humans and animals, to defend the earth and its resources, to right wrongs, and as is beautifully and memorably put, “to persist, for like unworthy thoughts, dangerous individuals and species appear from time to time and civilization needs its defenders.”

Science fiction reports possibilities.  The novel Corr Syl the Warrior introduces an Earth on which intelligence appeared long before humans.

A Study Break.  One morning as Corr sat at his table list…

Here’s a story about the child Corr Syl.

Corr and Allon in Nursery Canyon

[This is the first of a series of stories from the World of the Tsaeb that I created for young readers.]

Corr Syl’s parents had brought a picture to their new residence in Nursery Canyon. His father had explained, “Long ago Corr, when creatures first learned body control, warrior rabbits grew long tails. They carried two swords, just as warriors do today. This rabbit could be one of your ancestors, Corr—a very famous one.” END_OF_DOCUMENT_TOKEN_TO_BE_REPLACED

What is the Nature Conservation News?

My online Scoop.It newspaper, Garry Rogers Nature Conservation News began operating last September.  It presents news stories called scoops.  My scoops are mostly concerned with animals and their interactions with humans.  I sometimes scoop interesting items about writing, and I scoop the rare items of science fiction news that involve stories and books with a nature conservation theme.  This post is a request for your help with scoop suggestions.  (Visit the news). END_OF_DOCUMENT_TOKEN_TO_BE_REPLACED

When the editors of Kirkus Reviews

books reviewed during the year, they included Corr Syl the Warrior.

“A beautifully written YA novel that will captivate sci-fi fans of all ages.”  Kirkus Reviews (starred review).

END_OF_DOCUMENT_TOKEN_TO_BE_REPLACED

Thanks to all the 11,000 animal–nature–science fiction lovers who visited my Scoop.it paper and followed my Tweets.  You are so good-looking–just fabulous!

Spam is unavoidable on Twitter, but I have culled many off-topic fans, and I am confident that most of the 11,000 visitors and followers are people with genuine interests in animals, nature, science fiction, and writing.  Spam is not yet an issue for my Scoop.it paper.

Now would be a good time to visit #EcoSciFi and @Garry_Rogers and see what’s new.  I would be delighted to have your participation.